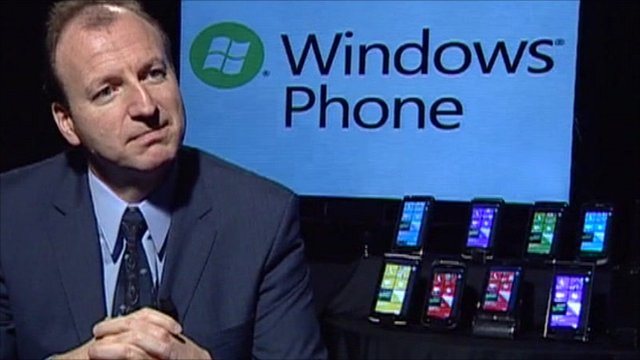 Those crazy folks at Microsoft seem quite keen on this new release of Windows Phone 7 they’ve been working on, and with good reason. Windows Phone 7.5, or “Mango,” is starting to find its way onto new and old handsets alike, and people seem rather taken with the changes the Microsoft has made.

With that success behind him, Windows Phone boss Andy Lees spoke to The Seattle Times, and he couldn’t help dissing Apple and Google while upholding Windows Phone as the best option out there for consumers…

With regards to Apple’s new iPhone 4S, which the company finally unveiled on Tuesday, Lees was apparently surprised that Apple didn’t offer customers more choice in its smartphone line, though we’re not quite sure what he expected.

“From a pure hardware perspective, I was surprised they’re not giving the consumer more choice. People want a variety of different things.”

Google’s Android wasn’t safe from the flying bullets either, with the open source effort feeling the brunt of Lees’ silver tongue.

On Android, Lees said that the software is “heading down this chaotic phase” and that hardware is mostly to blame for the platforms inferiority.

The reason for the troubled hardware landscape, according to Lees, is that there are “several cooks in the kitchen,” and that apparently offers too much choice for the consumer. (You can read our thoughts on Android in Cody’s piece from earlier this morning.)

It seems that Mr. Lees isn’t happy with anything on the market right now.

Unless he’s got a Windows Phone 7 device in his hand, of course.