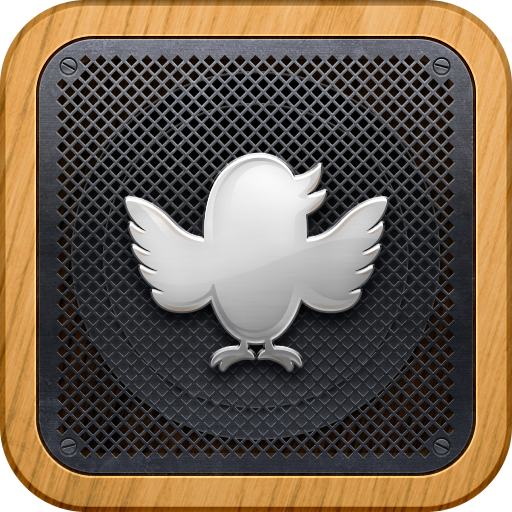 The developers at App Cubby have created a beautiful app called Tweet Speaker to let you listen to your Twitter timeline.

This unique Twitter client effectively turns your Twitter feed into a radio station for your listening pleasure. Tweets are read aloud in succession. We may have found the perfect Twitter app for driving and leisurely catching up on tweets…

What’s great about Tweet Speaker is that it actually works. There are tons of voice-related apps in the App Store that can be a hit or miss, but Tweet Speaker definitely finds the sweet spot. 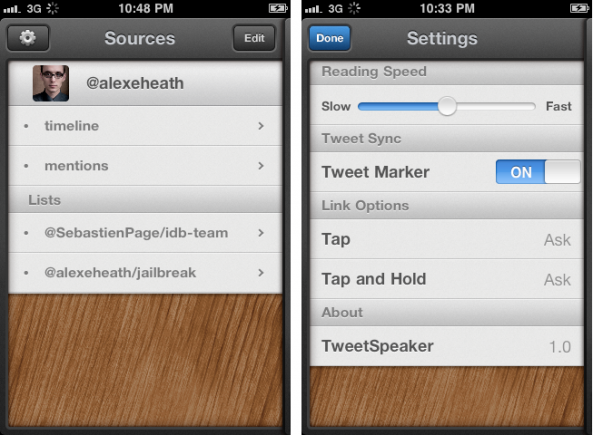 Once you’ve authenticated your Twitter account, Tweet Speaker will start queuing up tweets to read. The app is super easy to use, and there’s very minimal configuration required. There is support for Tweet Marker (a fantastic service for keeping your Twitter timeline position synced across different apps). You can also send links to Instapaper, which I love. AirPlay support lets you send audio to your big speakers when you’re at home.

The radio dial at the bottom of the app acts as your reference for where you are in your Twitter stream. You can select your main timeline, replies, or lists and then hit play to have Tweet Speaker read your tweets aloud as they come in. 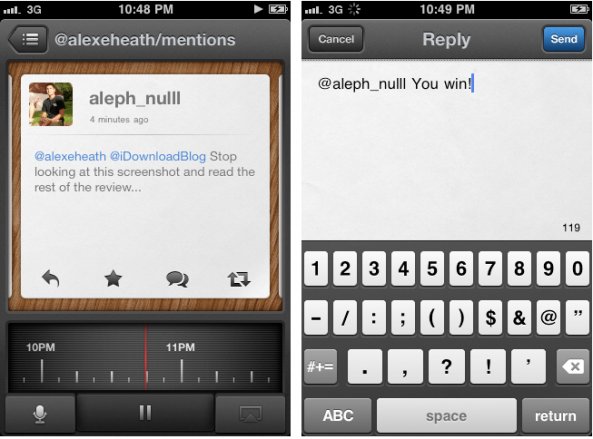 The voice for Tweet Speaker isn’t customizable, but App Cubby promises that more voices are coming in future updates. For now, one voice will have to do.

Playback worked pretty well in testing. Tweet Speaker will fetch the titles for links and correctly dictate usernames and hashtags most of the time. Listening to your tweets isn’t something you’ll probably won’t to do all of the time, but every now and then it can be helpful — especially if you have a refined list of Twitter accounts you follow that you want to make sure you stay on top of.

As a Twitter client, Tweet Speaker offers a nice amount of features while keeping its focus on the voice aspect. You can unfollow/follow, reply, retweet, and swipe through tweets manually in the card-like interface above the radio dial. Everything works very nicely.

Tweet Speaker is available for $2.99 in the App Store. It’s probably not for everyone, but if having your tweets read aloud sounds like something you may be interested in, definitely give this app a try.

Let us know what you think of Tweet Speaker in the comments below!