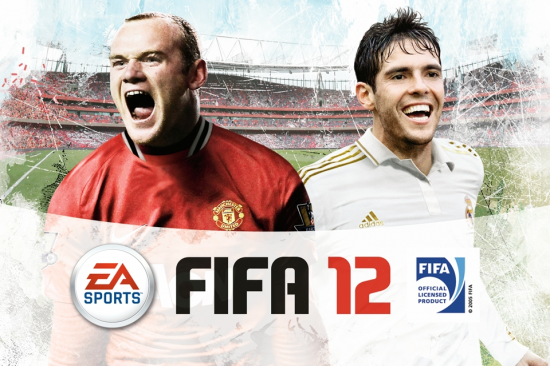 No, we’re not talking about American football, but what most of you know as soccer. The EPL (English Premier League) is underway, and what better way to get in on the action than with the all-knew FIFA Soccer 12 game in the App Store…

In the latest version of FIFA, EA Sports has pulled out all of the stops. As with many recent high-profile iOS titles, FIFA Soccer 12 makes you forget that you are playing a game on your cell phone.

There are several game modes to choose from, and the graphics and animations aren’t too shabby either. All of these elements combine to give you an immersive football experience that you aren’t going to find in any other iOS game. 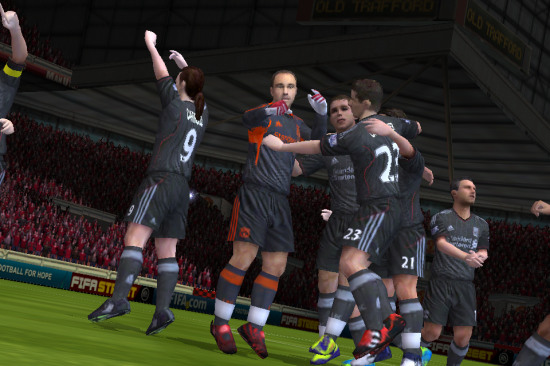 While FIFA Soccer 12 won’t turn heads with its in-game graphics, the overall look of the game is quite impressive. The artwork in the main menu (where you choose your game modes and team kits) is console-worthy, but gameplay graphics are a different story.

Players’ faces are pixelated almost beyond recognition, and backgrounds also look a bit blocky. However, the use of lighting and smooth player animations almost make you forget about the low-grade visuals. 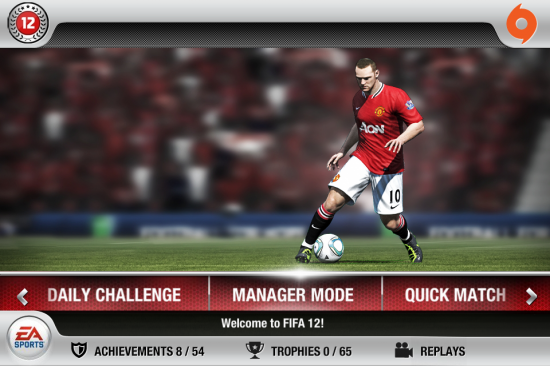 Let’s face it, a game can look pretty and offer all of the features in the world, but if it’s not fun to play, then what’s the point? I’m generally not a fan of games with touchscreen controls.

Without any tactile feedback, you can’t tell if your thumbs slip off the controls in mid-action. EA Sports helps alleviate this problem by giving you alternate control options, such as “tap the player you want to pass to” and “double tap anywhere on the screen for some fancy footwork.” This is where FIFA 12 really shines. 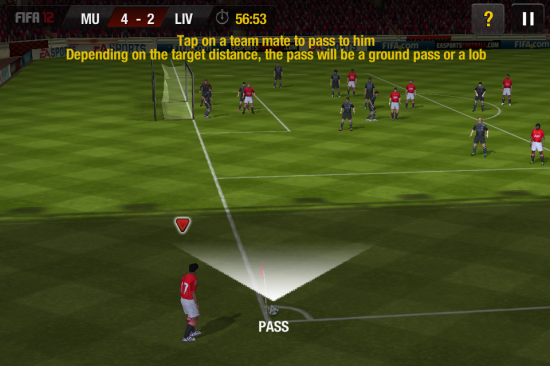 That being said, the controls are going to take some getting used to. Luckily, the first time you play FIFA 12, several on-screen hints appear in different situations throughout the game to help you get acquainted. And don’t worry, there are plenty of places to hone your skills.

FIFA 12 offers a multitude of game modes, including Practice, Penalty Kicks, Quick Match, and a full-blown Manager mode, which lets you take your favorite team through an entire season.

Football, or what many of you know as soccer, has had some problems catching on here in the states. And if you’re not a fan, FIFA Soccer 12 probably won’t change your mind. But for the tens of millions of players and admirers around the world, this is the football game in the App Store.

If you’re looking for a quick fix, you can launch a Quick Match in less than 30 seconds. If you’re in the mood for something more in-depth, you can jump into manager mode.