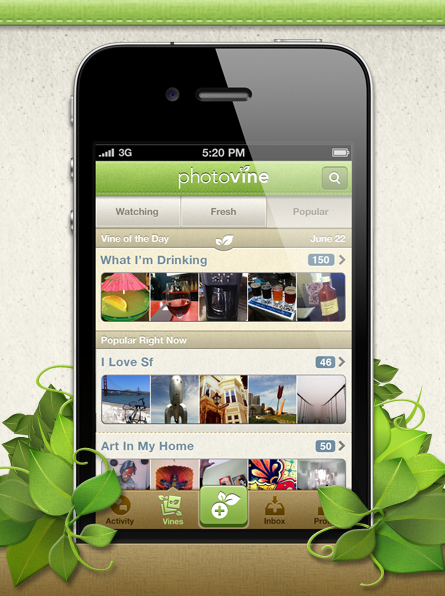 We’ve told you about Google’s Photovine iPhone app a couple of times before, and we’ve also given you the bad news that the search/ad giant is killing the app. Offering an interesting take on the Instagram idea, Photovine offered users the opportunity to take and share photographs that revolved around a common theme, or Vine. We liked it, you liked it.

Google, apparently, did not.

So with Photovine going the way of the dodo sooner rather than later, we’ve received an email from the application’s developers explaining just how to get our photos out before the service goes offline once and for all…

“Just because the Photovine app is winding down, doesn’t mean your photos can’t live on! Now you can visit Photovine settings and download all of the photos from your account, directly to your desktop!”

Once you’ve arrived at that URL, you’ll need to login using your Photovine credentials, and then hit the ‘Download my Photos’ button at the top of the screen.

Now, all you’re uploaded photos will be downloaded to your computer in 250-photo chunks.

It’s a real shame to see Photovine killed off just as it was starting to get a real following, but that’s the dog-eat-dog world of tech startups. You get bought by a giant like Google, and anything can happen.

Are you ashamed to see Photovine go? Or are you a fan of another photography sharing app?