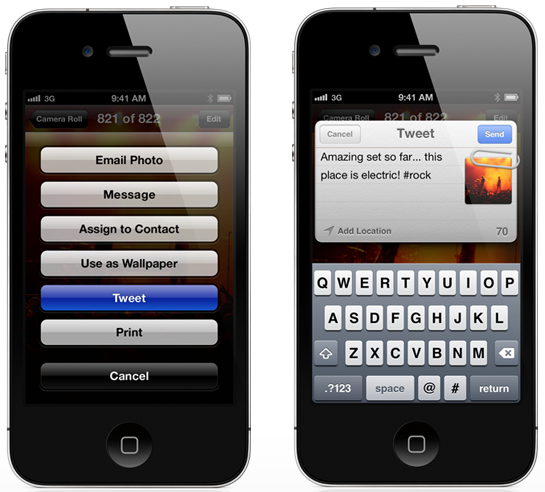 Twitter has coincidentally scheduled a pair of “Developer Teatimes” for October 10th and October 12th. The meetings will focus heavily on Twitter’s integration with iOS 5 — a feature that was announced by Apple at WWDC this past Summer.

Apple has also told its AppleCare division to expect a high influx of iOS 5-related questions on October 10th. Employee vacation blackouts have also been put in place for the 2nd week of October. Do we finally have our iOS 5 release date?

“There’s a lot going on in the ecosystem and we’d like to take this chance to share the highlights with you – including the latest developments with the platform, areas of opportunity that we’re seeing, and a heavy focus on the iOS 5 Twitter integration for developers.”

It’s unlikely for Twitter to hold a public event for iOS 5 until the software is made available to the public, so this news all but confirms the iOS 5 public release by October 10th.

The final iOS 5 GM build was expected to be released to developers this past Friday, but Apple has yet to release the firmware. Apple media invites and the iOS 5 GM are expected to drop during this upcoming week.

iOS 5’s integration with Twitter was demoed months ago to developers. The integration allows users to tweet from certain iOS apps and share pictures via the popular social network.