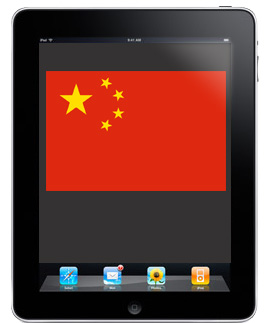 Here’s some good news for our 1.4 billion Chinese friends who have eagerly been waiting for the 3G version of the iPad 2. According to the WSJ, Apple will officially start selling the 3G iPad 2 in China as of tomorrow.

The device will be available via Apple retail and online stores, and at authorized resellers – likely China Unicom, who’s the only authorized iPhone reseller in the country…

To this day, Apple has only been offering the WiFi version of the iPad 2 in China.