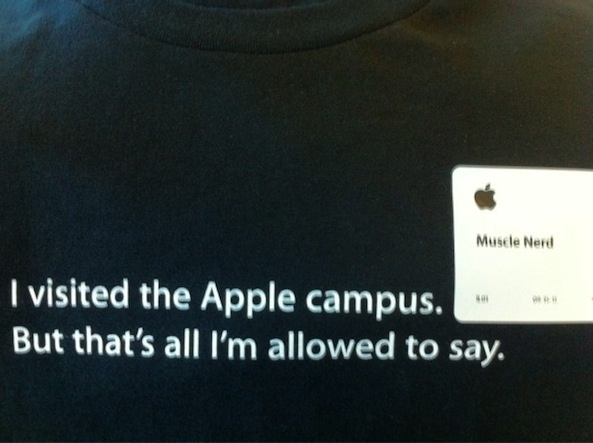 A few minutes ago, MuscleNerd tweeted the picture above, showing a name tag with his nickname instead of his real name. But the most interesting part of this tweet is not the name tag, it is that MuscleNerd was at Apple’s HQ in Cupertino.

What was he doing there? Simply paying them a courtesy visit, or having a serious talk about future employment?

At this point, no one but him can tell, and we’re certainly not trying to spread rumors. But with the recent hiring of jailbreak developer Peter Hajas and iOS hacker Comex, we thought it was interesting to note that MuscleNerd was indeed at Apple today.

Did the jailbreak killer strike again?