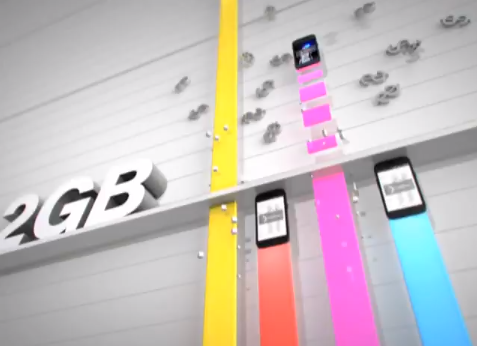 That’s the question many will be pondering over the next month or so. It’s widely expected that the iPhone will make the jump to its third official carrier when the iPhone 5 launches next month. With its launch, Sprint will finally gain access to what AT&T and Verizon have been enjoying for some time now.

Since it’s Sprint, it pretty much goes without saying that their data plans will beat that of any plan offered on competing carriers. Sprint’s main draw is the promise of real unlimited everything; that, of course, includes data. The question is, will it be enough to make you consider switching providers?

A recent report from Bloomberg suggests that the when Sprint begins offering the iPhone 5 in October, it will be “the country’s only operator to offer the device with unlimited data service for a flat fee…”

For heavy data users who aren’t grandfathered on one of AT&T’s or Verizon’s unlimited plans, Sprint’s offer may be enough to persuade them to switch over, an idea that Sprint is obviously banking on.

This is a very good thing for iPhone customers on all networks, as it means that all carriers will be working more diligently to provide plans that are appealing to customers.

What do you think? Would you make the switch for unlimited data?