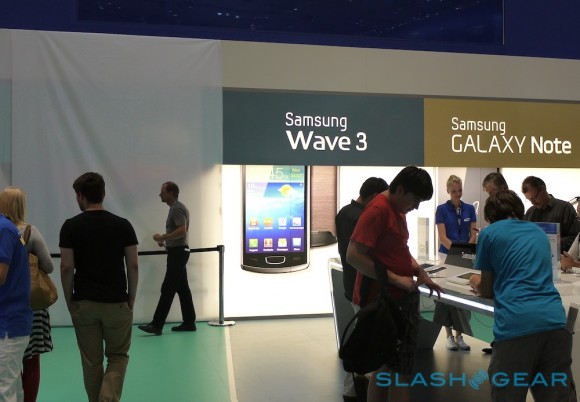 Poor Samsung just can’t catch a break, can it? With the ongoing legal wrangle between the Korean company and the masterminds in Cupertino, Samsung has found itself having to remove its products from sale across the globe, as well as postponing the release of new ones.

As if to really compound matters, Samsung’s recently announced that its Galaxy Tab 7.7 slate has now been removed from the IFA show currently taking place in Germany. While Samsung hasn’t officially confirmed the reason behind the removal of its latest and greatest from display, it’s a fairly safe assumption that it has something to do with Apple. And the courts…

Photographs posted by Slashgear show the extent to which Samsung has gone to remove all trace of its new tablet. Drapes cover advertising material, and demo units have been replaced with other new, recently announced devices. 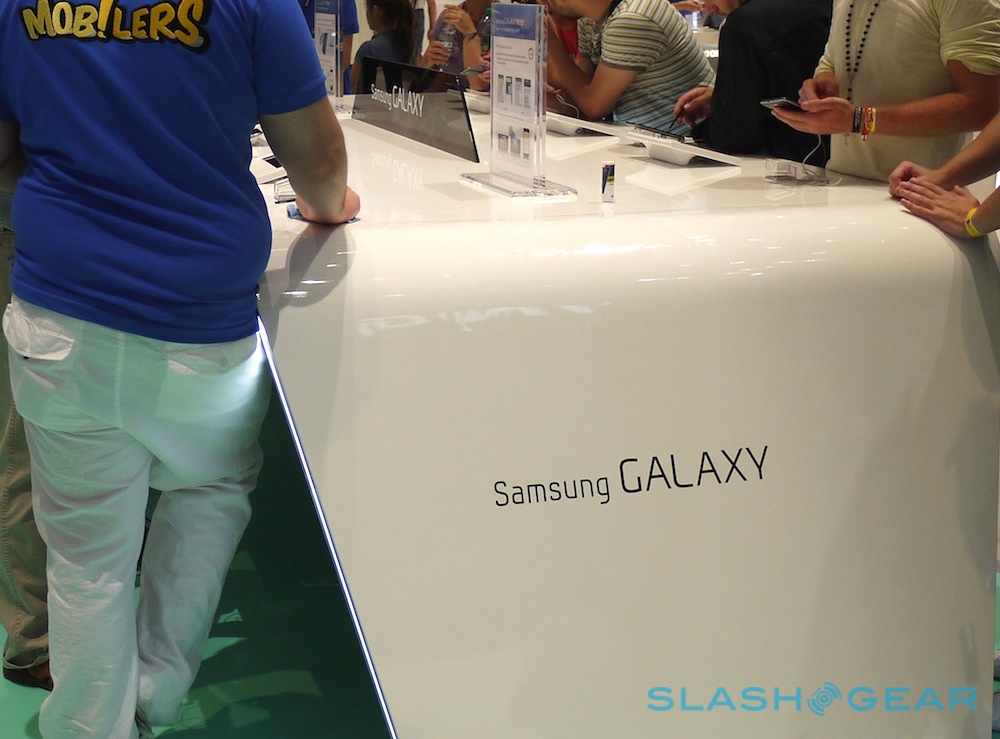 A spokesperson for Samsung was suitably coy about the whole thing, refusing to confirm that the Apple battle was directly responsible for the move, and was apparently very clear that Samsung took the decision to remove the Tab 7.7 from display voluntarily. No court orders here, folks!

”Samsung has removed the Galaxy Tab 7.7 from our stand at IFA,” Samsung Europe spokesperson Brendon Gore told SlashGear. “We cannot make any further comment as we have not received an official statement from the court.”

Apple and Samsung have been locked in a fierce legal battle since August, when the Cupertino lawyers somehow managed to stop Samsung from selling its Galaxy Tab 10.1 iPad competitor in Europe – a move that, unsurprisingly, Samsung were none-too-happy about.

Where this leaves the situation moving forward, we just don’t know. But the prospect of two giants going toe-to-toe in the courts can only be a bad thing for consumers. If you wanted to buy one of Samsung’s new Android-powered tablets in Europe, it looks like importing from the United States may be your best bet for now.

Why can’t we all just get along?