Most of you are aware of the litigation between Apple and Samsung. The ongoing court battle between the two handset makers started with Apple accusing Samsung of copying its products.

The 4-month long debate of whether or not Samsung copied Apple in the production of its devices has spilled into the streets. And, for the folks who haven’t picked a side yet, the following graphic may help you see who’s really to blame… 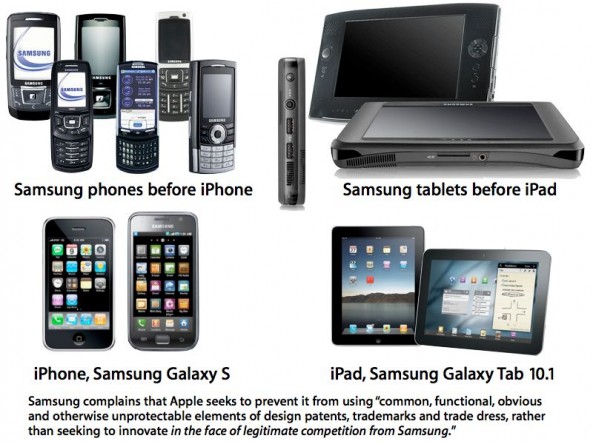 It’s no secret that tablet makers have “borrowed” some ideas from Apple’s iPad, but Samsung’s products look like carbon copies. In fact, the Galaxy S could almost be mistaken for one of the counterfeit iPhones we’ve seen.

But the real question here this: Is Samsung doing anything wrong? It seems like everyone in the tech world has “borrowed” from another company at some point or another.

Where does the line get drawn?