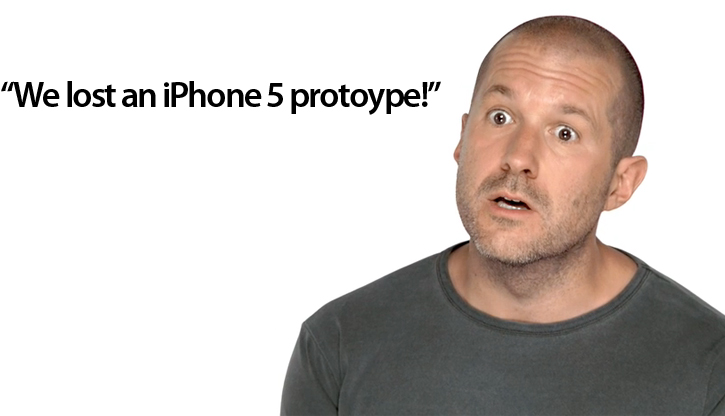 An already strange story has taken a turn for the downright silly, with the news that the San Francisco Police did actually have a hand in the searching of a 22 year old’s home, contrary to the authorities’ own accounts.

We told you yesterday how Apple’s own security firm had taken it upon themselves to search the home of one Sergio Calderón in a hunt for a missing iPhone 5 prototype. Calderón had been told that the people involved were SFPD, but the department’s own files said that they had no hand in the search, and furthermore, they had not had any contact from Apple regarding the device.

This now appears to have been incorrect.

In a report for The San Francisco Weekly, we learn that the SFPD did in fact send some officers along for the ride…

Dangerfield says that, after conferring with Apple and the captain of the Ingleside police station, he has learned that plainclothes SFPD officers went with private Apple detectives to the home of Sergio Calderón, a 22-year-old resident of Bernal Heights. According to Dangerfield, the officers “did not go inside the house,” but stood outside while the Apple employees scoured Calderón’s home, car, and computer files for any trace of the lost iPhone 5. The phone was not found, and Calderón denies that he ever possessed it.”

It’s interesting to note the actual search was carried out by Apple employees, and not the actual police. And it’s even more interesting that the Police themselves didn’t seem to know about it.

We get the impression this won’t be the last we hear about this episode, and it’s worth remembering that the missing iPhone 5 is still, well, missing. Someone somewhere must have it, but with the iPhone 5 due to be announced in the coming weeks, it may not matter for much longer.

Until then, grab some popcorn and watch this story unfold!