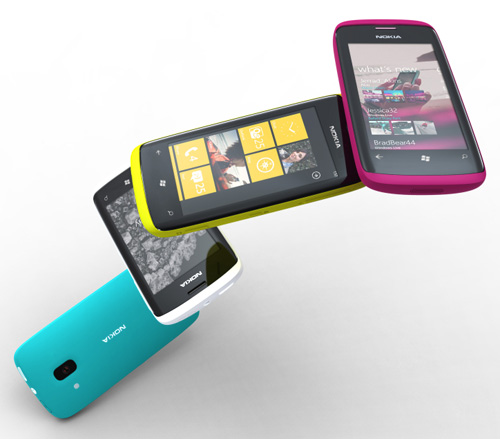 Nokia is in an interesting position right now. Just a few short years ago they found themselves as nearly untouchable at the top of the wireless industry. But the Finnish company has struggled to keep up with new competition from Apple and Android handset-makers.

Bleeding smartphone sales, CEO Stephen Elop and company were forced to make a drastic decision. After several years of development, Nokia announced earlier this year that it would be dropping Symbian OS in favor of Microsoft’s Windows Phone 7.

Given the fragile state of the company, it was surprising to hear Nokia’s U.S. President Chris Weber slamming his opponents…

In a recent interview with Venture Beat, Weber told the publication that iOS and Android were — get this — “doing it wrong.” He expressed that he felt that their focus on applications was “outdated.”

Here’s a snippet from the interview:

“While Apple’s iPhone, and its underlying iOS operating system, set the standard for a modern user interface with “pinch and zoom,” Weber conceded, it also forces people to download multiple applications which they then have to navigate between. There’s a lot of touching involved as you press icons or buttons to activate application features.”

Nokia, on the other hand, will offer a more seamless interface with Windows Phone 7. Its “live tiles and hubs” approach integrates applications like Facebook, Twitter and LinkIn into everything you do without the need to open 3rd party software.

The U.S. executive also expressed his excitement with Microsoft’s upcoming Mango update. The firmware will introduce 200 new features to Windows Mobile Phone users, including a voice recognition system that he believes will top offerings from both Android and Apple.

Weber sounds pretty confident, considering Nokia may not even release a Windows Phone handset Stateside until 2012. On top of that, there are several other manufacturers producing hardware sporting Microsoft’s mobile OS, how do they plan to set themselves apart?

Do you think Apple needs to rethink its “app focus?” Or is this Nokia executive blowing smoke?