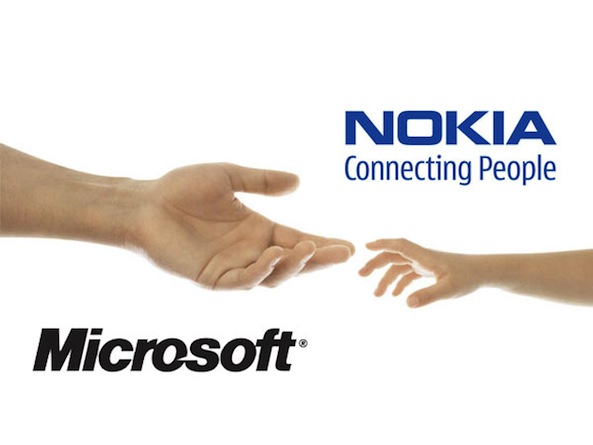 “How many of you use an iPhone or an Android device?”

When Stephen Elop asked this question, just a few raised their hands. “That upsets me -he continued- not because some of you are using iPhones, but because only a small number of people are using iPhones. I’d rather people have the intellectual curiosity to understand what we’re up against.”

Stephen Elop is a canadian executive who is now in charge of Nokia, the world’s largest manufacturer of mobile phones. They sell millions of phones per day, but the models they sell are low cost devices, sold for the most part in developing countries. In the past few years, Nokia’s share of the smartphone market plummeted form 49% to 25% due to the overwhelming growth of both Android and the iPhone.

Now, at Nokia, they are facing the worst crisis they’ve ever dealt with. They lost 75% of their market value and will be forced to let a lot of their best engineers go…

But where does this crisis come from? It originates in 2007; the year Apple gave birth to the iPhone.

Everyone, especially Nokia, underestimated it. Its touchscreen was deemed uninteresting. The lack of MMS, the poor reception, and poor audio quality meant there was nothing to fear.

But even as iPhone sales took off and Google started giving away the Android OS to every rival of Nokia, no countermeasures were taken. And it was soon too late. The lead Apple and Google had taken was far too wide. It was time for a radical change.

Symbian was already 10 years old at the time, and when Nokia started trying to give it iPhone-like features it became hopelessly unreliable and buggy. The OS was blamed for Nokia’s failure and it was set aside. Now Elop had three choices: continue developing MeeGo, or sign a deal with either Google or Microsoft.

MeeGo would have been the most obvious choice. It was being developed inside Nokia and the whole company regarded it as their new hope. But it had a major flaw. At its current pace, Nokia would have been able to produce only three MeeGo smartphones before 2014. That simply wasn’t enough to compete.

Android was their second choice. Everyone else was already mounting Google’s OS on their devices; it was logical for Nokia to try and sign a deal with them. But nothing went as planned. Google refused to allow any modification of Android (remember this when you’re told that Android is “open”), and, moreover, they didn’t want to disadvantage the other phone makers with whom they had already signed deals.

Microsoft, on the other hand, proved more than accommodating. Not only did they agree to let Nokia modify and innovate WP7, but they committed to using Nokia’s technology as the foundation for their mobile OS. So, a one billion dollar deal was signed for the benefit of both companies. Was this move right? Consumers will be the ones to decide.

The big mistake that Nokia made in the beginning was to treat software as just nother “component” of the phone that enabled hardware developers to create new models.

Personally, I think they failed in understanding that the most important part is the experience. The experience you get from using an iPhone transcends hardware and software, and that’s why Apple has always made, and maybe always will, make the best devices.