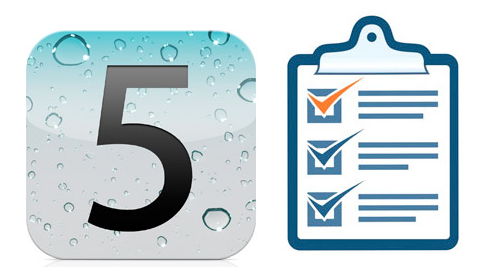 iOS 5 is just around the corner for those of us without developer accounts, and Apple has already begun to approve apps with iOS 5 compatibility in the App Store.

Camera+ was the first app in the App Store to be updated with iOS 5 compatibility, followed by Mashable and several others. While apps are being updated for compatibility with iOS 5, no apps have been approved that are actually built on iOS 5 code.

Camera+ was recently updated to version 2.2.3, and iOS 5 is referenced in the release notes.

“Compatibility with that upcoming OS That Must Not Be Named.”

Mashable’s app was also quickly updated with “iOS 5 compatibility.” We’re assuming that these compatibility updates are mainly for iCloud support, and there are also new APIs in iOS 5 for developers to access and take advantage of.

It is fully expected that iOS 5 will launch to the public alongside a new iPhone, as that has always been Apple’s method in the past. With apps already being approved for iOS 5 compatibility in the App Store, a September release date seems to make the most sense for both iOS 5 and the new iPhone(s). iCloud will also be unveiled to the public at Apple’s next media event.

Let us know if you spot any interesting app updates that relate to iOS 5 compatibility. It will be interesting to see what developers can do with the new iOS 5 code.