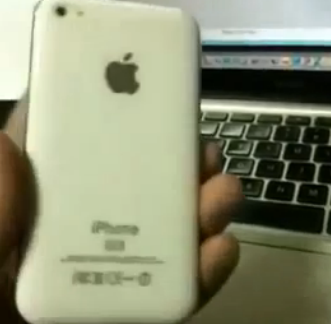 A new video has appeared online which appears to show off one of the many Chinese iPhone clones available, but this one is a little different.

The knock-off in this particular video is an iPhone 5 clone, and while it’s obviously a fake, rather than a pre-production sample, is it possible that this handset could give us a sneak peak at what we can expect the be lining up for in a few short weeks?

As BGR points out, that might not be as strange a proposition as it first appears…

The fake iPhones first showed up yesterday in photographs which showed a black model. Today’s video features a rather fetching white design, along with the same aesthetics as the one we showed you yesterday.

While the images and indeed video show off what are clearly fake handsets, is it possible that someone in the Chinese cloning companies has had their hands on a real iPhone 5 prototype, and based their fakes on that? BGR thinks that’s a very real possibility.

“It is possible that Chinese knockoff builders have obtained Apple’s iPhone 5 design, or even an actual device, from one of Apple’s manufacturing partners or component suppliers in order to copy it before their competition gets the chance. For that reason, it’s worth taking a look at this design,”

Check out the video and decide for yourself, but remember that anything Apple puts out could look completely different to these fakes, if only due to their superior build quality.

What do you think? Have we just seen the next iPhone, if a little, well, fake?