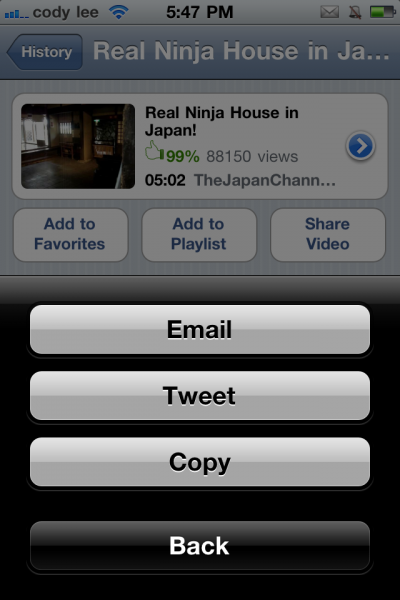 Finally! If there was a utility that could do this before, I wasn’t aware of it. UShare allows you to copy and tweet your favorite YouTube video URLs from the iOS YouTube app.

Well-known jailbreak developer moeseth submits the utility as part of his TweakWeek run. The popular contest has developers submitting one free tweak a day, for 7 days, and this one in particular is a fine example of the project…

With UShare, you can tweet a YouTube link with a single tap. The simple utility installs itself right into your native YouTube application, so there aren’t any settings or icons to mess with. And it works… for the most part. 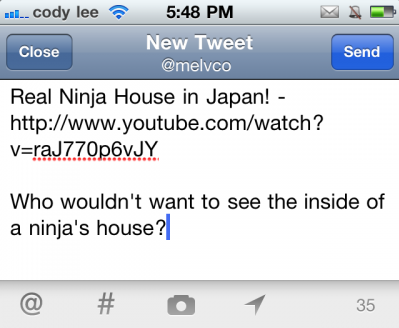 I found that UShare’s tweet option only works if you’re using the official Twitter app, which isn’t surprising considering the tweak was made in 24 hours. I also had problems getting the Copy Link function to work.

Regardless of the glitches, I’m now able to tweet YouTube video links with ease— and it’s awesome. Hopefully moeseth will update the tweak to be a little more stable. If you want to try UShare, it’s available for free in Cydia.

What do you think of UShare?

UPDATE: Before this article went live, moeseth tweeted that he added support for Tweetbot. He also acknowledged the issue with the Copy Link feature and says he plans to fix it. What awesome response time.