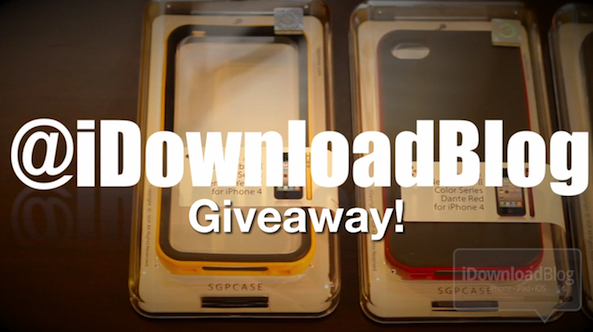 At iDownloadBlog we like to do things big. That’s why we’re not spreading this giveaway out four times over just because we have four iPhone 4 cases to give away. Nope, we’re giving all four of these bad boys away to one fortunate reader at random.

Okay, so it’s not totally random, but it’s so easy to enter, it might as well be.

Check inside for a full video review of Stylish people’s Good Partner’s Neo Hybrid II EX Series iPhone 4 case, along with the full details on what you need to do to claim all four of these cases for yourself…

Out of the four iPhone 4 cases that SGP sent us, I selected the Neo Hybrid II EX Series to review. The case is a bumper style case with two parts — a rubber underbelly, and the hard plastic shell that wraps sleekly along the exterior sides of your iPhone 4. 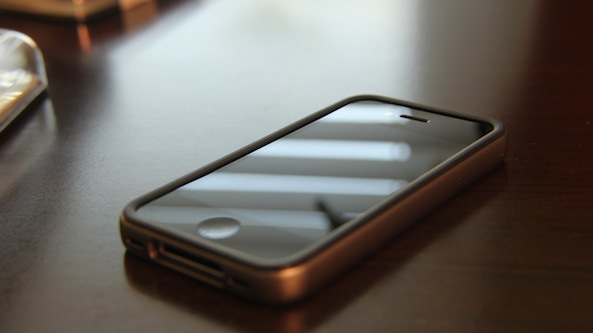 Installing the bumper was a cinch; simply slide the rubber portion on, and then maneuver the hard plastic shell on top of it ensuring that all of the ports are aligned properly. I can see where some people would have problems with installation, but most would be able to do so with minimal issues in a matter of minutes. 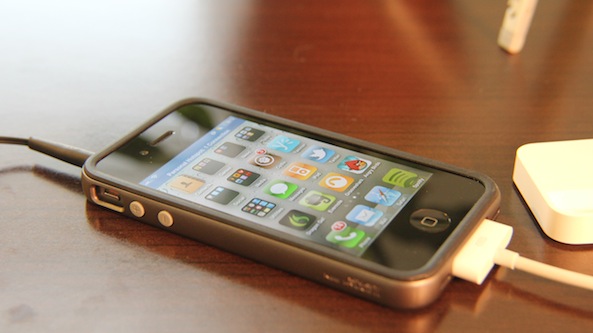 I tested the case to ensure that it worked well with the 30-pin connector, and the headphone jack was easily accessible. The Neo Hybrid passed those tests with flying colors. The only thing you won’t get with this case is dock connectivity, but that’s pretty much the case (see what I did there?) with every case on the market.

SGP’s packaging is one of the most well put together packages I’ve seen thus far, and they even throw in two screen protectors for the front and back of your device, along with a cleaning cloth.

As most of you know, I’m not a big case person, but I have to say that these are pretty nice.

The Neo Hybrid II Ex Series Gunmetal for iPhone 4 case can be purchased at www.sgpstore.com. They have many more cases available for a variety of devices, including the iPad 2, so be sure to show them some love.

2: Retweet the video link using this link, which is also found in the video description.

3: Relax, and check back next Friday, August 5th, to see if you won.