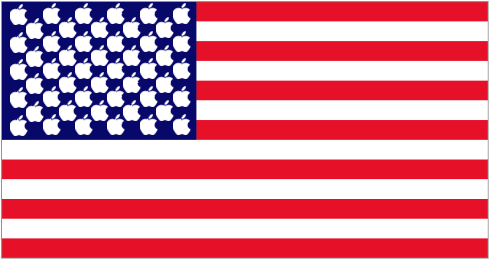 Folks in the White House should be taking notice, because Apple now has more cash on hand than the entire US government. That’s right, Steve Jobs is the new Uncle Sam.

Apple has an astounding $75.88 billion in cash, while the United States only has $73.77 billion. At least now the US has someone to borrow from besides China.

The Financial Post reports this news, and you can check the United States Treasury and Apple’s last earnings call to compare. Apple actually has more money than that compared to the US, considering the US “operating balance” only refers to the amount of money the country can spend before it hits the debt ceiling.

With Apple in talks to buy the likes of Hulu and even Barnes and Noble, perhaps Jobs and company should set their sights towards Washington. The nation could use another bailout.

Apple can proudly say that it’s richer than one of the world’s largest and most powerful countries, and we’re not sure wether we should be happy or disturbed by that.

[via TNW, thanks for the image @jgns!]