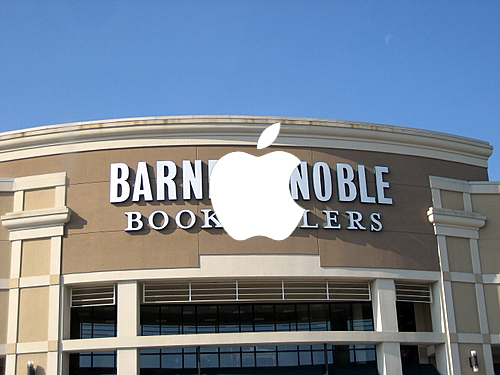 BGR has reported that an unproven source has knowledge that Apple has had recent discussions of purchasing Barnes & Noble. This might seem odd at first, but it would be a good move. Apple would be able to use Barnes & Noble’s expansive collection of eBooks for their iBooks store.

Apple has $76.2 billion in the bank, so acquiring Barnes & Noble wouldn’t hurt financially. If Apple were to acquire the book retailer, it could cost them anywhere from $1-1.5 billion. Also, Apple could convert a good amount of Barnes & Noble locations to Apple Stores, or an Apple section could be added to each store.

It will be interesting to see if Apple really does purchase Barnes and Noble, especially after being in talks to acquire Hulu.

Do you think Apple is going to acquire Barnes and Noble? Does it make sense for them to do so?