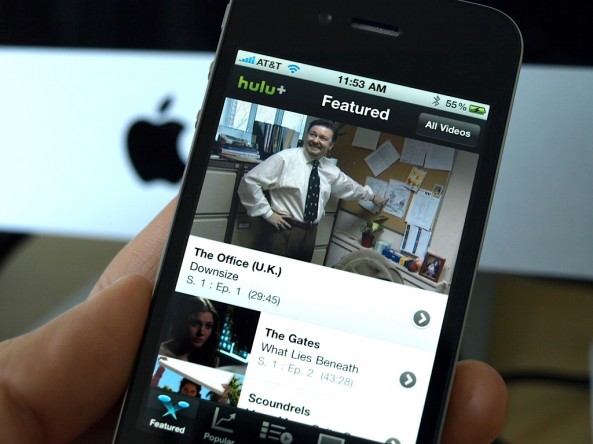 According to Bloomberg, Apple is considering making a bid on the popular streaming service, Hulu. This acquisition would give Apple Hulu’s large subscription base and video streaming service to rival other competitors, like Netflix.

With iCloud and Apple’s new emphasis on wireless and available-everywhere content, video streaming seems like the next logical step. Instead of having to invest in its own streaming backend from the ground-up, this Hulu purchase would give Apple a launchpad to start streaming movies and TV shows through iCloud…

“Apple Inc., with $76.2 billion in cash and securities on its books, is considering making a bid for the Hulu online video service, two people with knowledge of the auction said.

Apple, the world’s second-most-valuable company, is in early talks that may lead to an offer for Hulu, said the people, who weren’t authorized to speak publicly.”

Hulu’s price tag is estimated to be around $2 billion, so this would be a pretty decent drop in the bucket for Apple. While Apple is known to occasionally buy a smaller company for its technology or talent, Apple doesn’t usually make purchases this expensive. The most expensive acquisition Apple has made to this point was the purchase of NeXt software back in 1996 for $400 million.

With all that cash burning a hole in Apple’s pocket right now, Hulu could be a purchase well worth making. The folks at Cupertino have never been in a better position to make an acquisition of this magnitude, and Hulu is a service that could very easily be improved and implemented into iCloud.

Hulu put itself up for sale last month, and the site is estimated to have one million subscribers by the end of August.

It’s important to remember that these talks between Apple and Hulu are in the “early stages,” so there’s a very good possibility we won’t see anything come from this for quite some time.

If Bloomberg’s report is a true sign of what’s to come, Apple is about to make a huge play towards video streaming. Currently, movies, rentals and TV shows bought in iTunes have to be downloaded first to an Apple TV or iPad before they can be played. Apple is obviously wanting to give its customers the ability to stream all media content from and to any Apple device. Video is a huge part of that equation.

I don’t think that Apple wants to buy Hulu for its streaming infrastructure. Apple has its own massive data centers that serve petabytes of content every day. They have the cash to make streaming happen.

What they don’t have are the licenses that Hulu has to stream content from the big Hollywood studios. Apple has actually been aggressively pursuing movie and TV studios to get streaming licenses, but Hollywood has been reluctant to give Apple the keys to the kingdom. (Apple did screw the music industry over with iTunes, if you remember.)

If Apple can get Hulu’s streaming licenses in a buyout, then that gives Apple a springboard to get movie and TV show streaming up and running as soon as possible.

In the end, I don’t think this Hulu buyout is about the streaming infasturcture or the talent. It’s all about the content licenses, baby.

O, and let’s not forget the “neat stuff” that Apple said it had planned for iTunes this Fall.