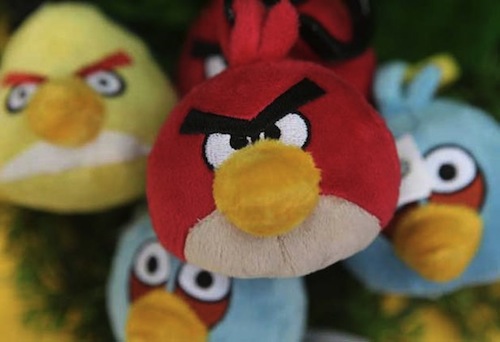 The legal team over at Lodsys doesn’t seem to have been phased at all by Apple’s cease and desist letter, or attempt to intervene in the patent dispute. Not only is the company not backing down, they’ve actually upped the ante.

FOSSPatents reported yesterday that Lodsys has amended its patent complaint and modified the list of defendants. 5 new companies were added to Lodsys’ infringement case, including Electronic Arts, Take-Two Interactive, Atari, Square Enix and Rovio- the makers of Angry Birds…

If you’ve been following the Lodsys story, you’ll understand how this move seems to come from left field. When the patent licensing firm sent out the initial round of complaints regarding IP infringement back in May, they only seemed interested in the smaller software companies.

Florian Mueller explains what we can determine from the amended complaint:

“Lodsys is not afraid of suing deep-pocked app developers. And Lodsys is obviously still not impressed by Apple’s assertion that its own license to Lodsys’s patents extends to its app developers.”

Mueller also points out the fact that with the addition of these 5 companies, Lodsys is now suing a total of 37 defendants. It will be interesting to see what Apple’s next move is, considering the outcome of this case will have a heavy impact on their rich developer community.