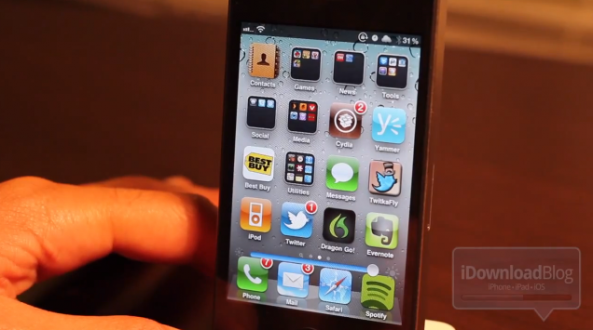 Critics of Apple have long argued that the Cupertino company always puts form ahead of function. While that may be true in a few instances, for the most part I find that their products feature a nice balance of both.

Such is the case with this latest jailbreak tweak entitled SBBrightness. It’s a tweak that places a brightness slider bar directly on your iPhone’s Home screen…

While this is certainly functional, it would probably make someone like Jony Ive shake his head in bitter disgust.

I have to admit; the placement of the bar could have been done a little better. Personally, I prefer something like Light Bright instead of this.

For those interested with jailbroken devices, SBBrightness is a free download on Cydia, and is featured in the BigBoss repo.