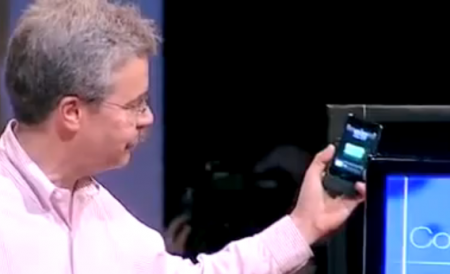 A few days ago, we mentioned that The Wall Street Journal and other publications were noting that Apple was working on a new way to charge iDevices. From the details, it sounded like some form of inductive method, similar to Palm’s Touchstone charger.

However, MacRumors has discovered something interesting in a recently-revealed patent application that suggests the Cupertino company might be going a different route. Have you ever heard of WiTricity?

WiTricity was founded in 2007, and has made some significant advances in wireless electricity. The technology is based on MIT lab research in which scientists showed a new method of transferring huge amounts of power wirelessly, over small distances.

WiTricity is said to be safe, utilizing magnetic fields for energy transfer, instead of radiative. The technology is also scalable, so it can handle anything from powering a mouse or keyboard, to recharging an electric vehicle. Check out the video to see it in action.

When the company demoed WiTricity at the 2009 TED (Technology Entertainment Design) conference, it caught the attention of several companies- including Apple. Remember the “Wireless power utilization in a local computing environment” patent we told you about a few weeks ago?

Apparently, the filing details a similar technology for a wireless charging method. The Apple patent even refers to the original paper published by the MIT researchers. Could this be the new way Apple plans to charge its gadgets? Maybe.

Recent rumors suggest that Steve Jobs and company could introduce a new iDevice charging method as early as next year. I for one wouldn’t mind seeing this kind of wireless charging method imbedded into future Apple products.