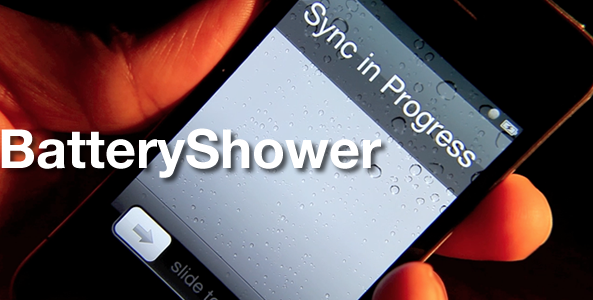 Is it show-er, or shower? I think I’ll stick with shower since that’s more fun to say.

Naming discrepancies aside, BatteryShower is an iPhone jailbreak tweak that is basically an extension of a previous tweak we touched on called ‘ASB‘.

ASB allows you to always show the battery icon on your lock screen, regardless of whether or not you have it connected to a power source.

BatteryShower takes this formula, and remixes it so to speak by also allowing you to never show the battery as well…

Other than that subtle difference, if you’ve used ASB, you know exactly what you’re getting with BatteryShower. The developer even acknowledges that the tweak is inspired by ASB.

BatteryShower is a free jailbreak tweak available for jailbroken iPhones on Cydia.

If you try out BatteryShower, be sure to give us your opinion on the tweak below.