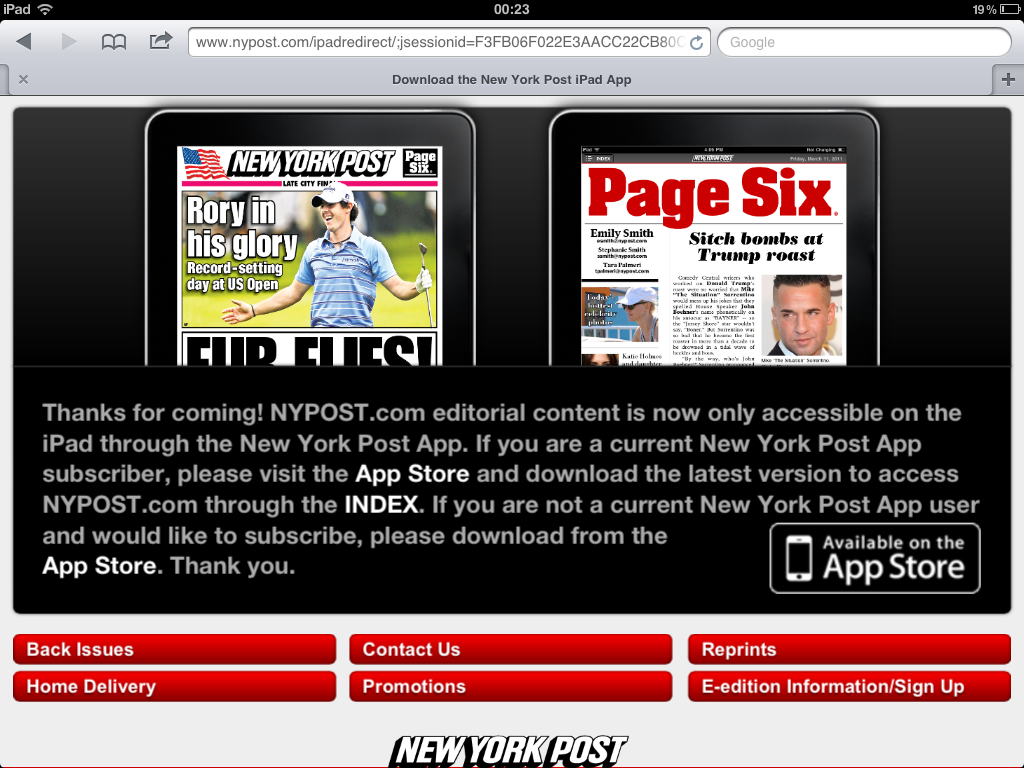 If you’re a New York Post reader and like to read your news via NYPost.com on an iPad, then you could find the process a little more complicated than it used to be. The newspaper has blocked access to its website from Apple’s Mobile Safari browser.

In a clear attempt to push users away from the NYPost website and towards the iPad app. The New York Post’s homepage now suggests users tootle off to the App Store if they want to get their news fix on Apple’s super-successful tablet…

“Thanks for coming. NYPost.com editorial content is now only accessible on the iPad through the New York Post App.”

When we visit NYPost.com on the iDB iPad we, as expected, get directed to a new landing page suggesting we visit Apple’s iPad App Store in order to enjoy our daily dose of news. That’s using Safari of course.

Interestingly, however, when we used a third-party browser, such as Atom, we got straight on through to the usual web interface as if nothing was wrong. We can’t help but fear this is a temporary oversight on the newspaper’s web developers’ part, but here’s hoping they’re a bit slow on the uptake. 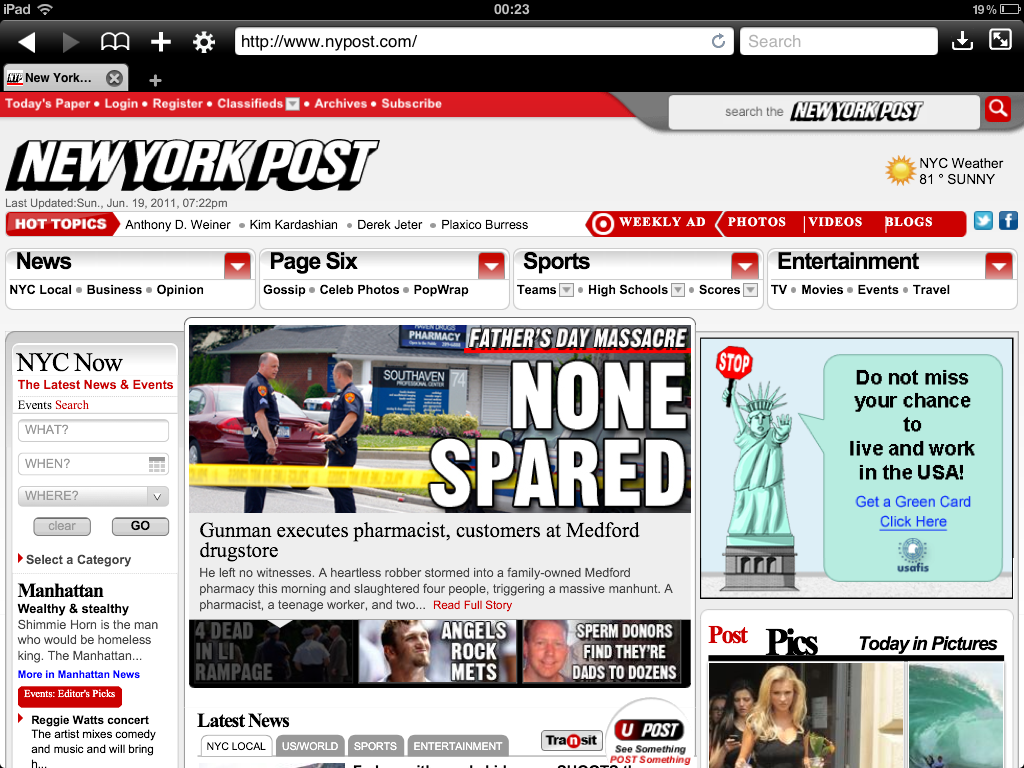 The aim of the game here is obviously to get people away from the free website and toward the paid-for in-app subscription model of the iPad app.

Unsurprisingly, the move hasn’t been received well across the internet, with blogger Dave Winer accusing the New York Post of “breaking the web.”

“Okay this is bad. This is breaking the web. If no one used the iPad it wouldn’t matter. But lots of people use it.”

What do you guys think? Is the New York Post sticking it to its customers in the name of making a quick buck? Or is a struggling newspaper company just trying to make a business for itself?