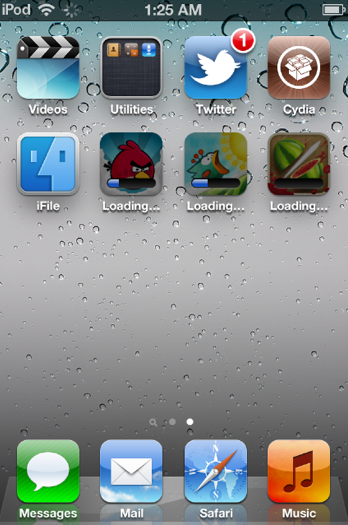 When Apple first unveiled iOS 5 earlier this month, Scott Forstall and company mentioned that the new firmware would house over 200 new features. While only a few of them were touched on during the company’s keynote, people have been working non-stop to uncover the hidden additions.

The latest tip to surface comes from the folks over at Apple’N’Apps. The blog noticed a change in iOS 5 that has to do with app downloading. It appears the new firmware will allow users to download multiple apps at a time, even over 3G…

In the past if you tried to download multiple apps, you found yourself watching one app download while the others waited in line. For the most part, this is just fine and dandy. But for those times when you want to download a large app or game, the one-at-a-time routine just doesn’t cut it.

iOS 5 fixes the issue, by allowing users to download mutliple apps simultaneously. That way, if you want to download a large file, you aren’t prohibited from downloading other applications while you wait. This would also come in handy when attempting multiple app updates at a time.

Multi-app downloads work over 3G, but there still seems to be the 20 MB limit. Though this may not seem like a very big enhancement, it’s more evidence that Apple is really paying attention to even the smallest details in the new software.

What do you think? Is multi-app downloads cool, or not really a big deal?