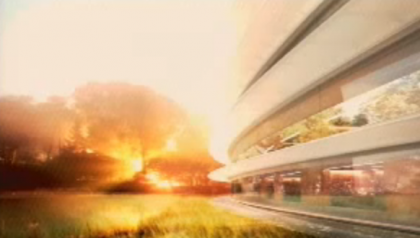 Uh oh, looks like someone has a bad case of the Mondays. Well, what better way to start off your week than with a charming infographic? By now you’ve probably all heard of Apple’s new spaceship-looking building that will be built in Cupertino.

The new structure was introduced by Steve Jobs himself at a recent Cupertino City Council meeting and is slated to open by 2015. The completely circular building will house around 12,000 employees and will be created without using a single piece of straight glass. So, what will the new campus be like on the inside?

Obviously, it’s going to have all of your typical big-business amenities, such as onsite cafes and leisure areas. But for the guys who design “magical” products like the iPad and the iPhone, typical features just aren’t going to cut it.

To help us get a better idea of what Apple’s new home will consist of, the folks over at TheJoyOfTech put together this hilarious graphic highlighting what they believe are going to be some of the building’s major attractions: 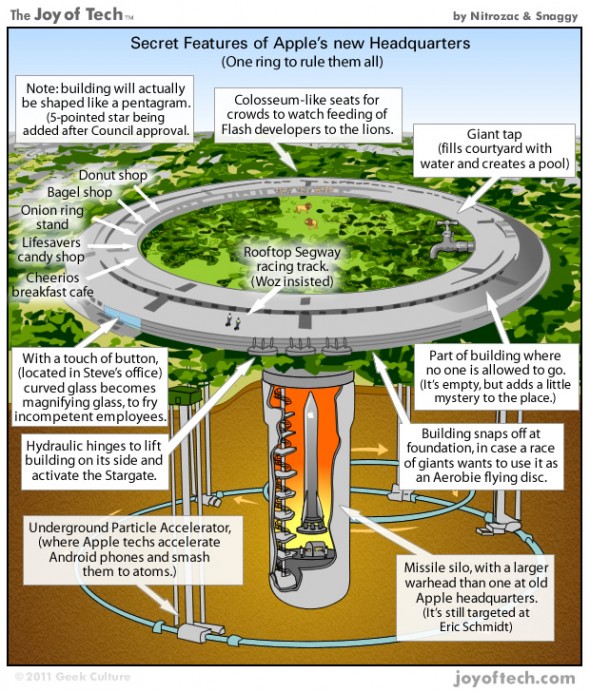 Though I’m pretty sure some of the features are a little impractical, the courtyard that can turn into a swimming pool is pretty sweet. All kidding aside, I can’t imagine what it’s like to design a new high-tech campus without a spending limit. Mine would include a Chick-fil-A and a shark tank.

What would your dream campus include?