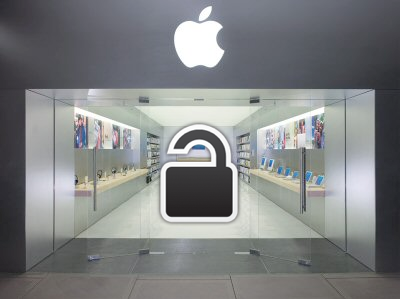 Apple could start selling unlocked iPhones in its retail stores, starting this Wednesday. According to famed jailbreak developer, Chronic, Apple retail is gearing up to offer factory unlocked iPhones in U.S. locations. If Chronic’s sources are correct, travelers and SIM-swappers should be very happy with this news.

This would be the first time that Apple offered factory unlocked iPhones in the U.S. Customers in countries like Canada and Hong Kong have already been able to purchase carrier-unlocked iPhones.

Chronic originally got this leak confused with a possible MacBook Air refresh, but his sources (including MacRumors) have confirmed the part numbers in question to be iPhone 4 models.

“The model numbers, MC603, MC604, MC605, and MC606, all line up with the GSM versions sold abroad but without the regional suffixes that normally apply to international unlocked phones, such as B for Britain or C for Canada.”

Nothing has been said specifically about the CDMA iPhone on Verizon, but the limited availability of CDMA overseas makes that idea seem pretty slim.

Thanks to the end of Apple’s exclusive agreement with AT&T, Apple is no longer restricted with this type of decision. As TiPB points out, T-Mobile users shouldn’t get too excited. These unlocked iPhones would most likely have no support for T-Mobile’s 3G network frequencies in the U.S.

In case you’re confused, buying an “unlocked” iPhone is not the same thing as buying an iPhone without a carrier contract. An unlocked device means that you are not restricted to one carrier, and that SIM cards can be interchanged in the device for international travel.

If these unlocked devices do become available in Apple stores this Wednesday, expect the price to range to be about $600-$700. And unless you’re really itching for an unlocked iPhone 4, wait a couple months for Apple to unveil the next gen iPhone.