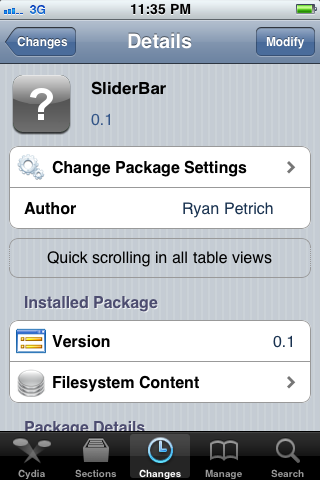 As part of the TweakWeek initiative, SliderBar is a free jailbreak tweak developed by Ryan Petrich. SliderBar makes vertical scrolling in iOS a breeze. Instead of scrolling by swiping up and down with your finger, SliderBar allows you to scroll through a vertical page in a more traditional way.

The tweak is very simple, and you may actually miss it in iOS if you don’t know what it look for. 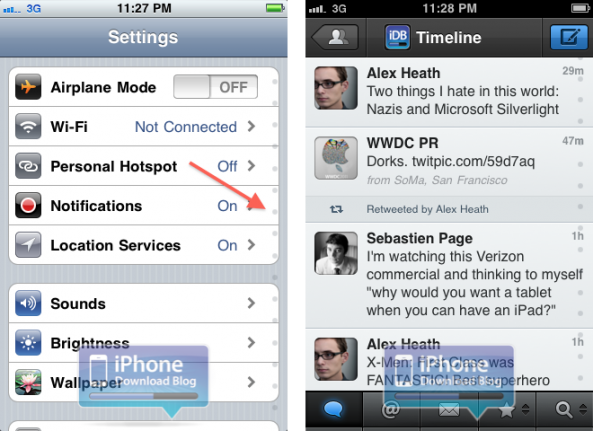 SliderBar adds a row of dots on the right side of any app with vertical scrolling. Instead of swiping, you can scroll along the dotted line to move up and down the page.

If you’ve ever used the right-side scroll bar in the iPod app to select an artist or song, you know how SliderBar works. It’s simple and clean, and it offers a very useful feature to those of us that want quicker scrolling.

Let us know what you think of this tweak. Is this feature something you’ve been wanting in iOS?