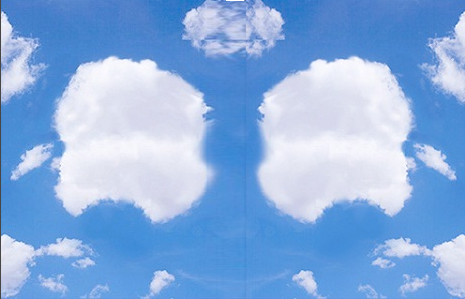 There has been a huge increase in iCloud gossip over the last month or so. The music industry has been a fairly leaky faucet throughout these final weeks of Apple’s rumored negotiations. We’ve now heard that 3 out of the 4 major music labels have agreed to Apple’s iCloud conditions.

Though these extended talks have kept the Cupertino company from being the first to market, it’s reported that their choice of acquiring the proper music licenses could take them to the top. If that’s the case, then what could be so special about Apple’s cloud service?

Mirroring. One of the major downfalls of using a typical cloud storage system is uploading your media. Though average web connection and server speeds are higher than they’ve ever been, a multi-gigabyte upload can still take hours.

Businessweek calls the process of building a digital music collection a “hassle” compared to an eBook library. Although Amazon and Google have unveiled  enticing cloud services in the last few months, their choice to cold shoulder the music industry may come back to bite them both.

While the services are convenient because you can stream the music to multiple devices, they still don’t solve that downfall of cloud storage – the uploading. But it’s that very fact that has kept them out of court so far.

If you’re wondering how Google and Amazon were able to launch cloud services without the music label’s blessing, their argument is that they aren’t creating new copies of music. Users are merely streaming their own uploaded music, and therefore no new license is needed.

Since Apple has received the music industry’s blessing for their music locker, it could enable them to mirror user’s libraries in the cloud – no uploading needed. The service would simply scan the user’s hard drive for music, and then load the same music into their digital locker.

Not only would users not have to waste hours uploading files, Businessweek is reporting that the service will even replace the song in the cloud with a higher quality version of the track if it’s available. While those features sound appetizing, there seems to be a few setbacks.

The mirroring component is based on the fact that Apple’s service has the song available, so it sounds like this option will be limited to iTunes music. Secondly, Apple’s license negotiations couldn’t have been free, so how much is this service going to cost?

It’ll be interesting to see what Apple’s cooked up for their WWDC next month, especially since media outlets are speculating that the iCloud service could “transform digital music.”