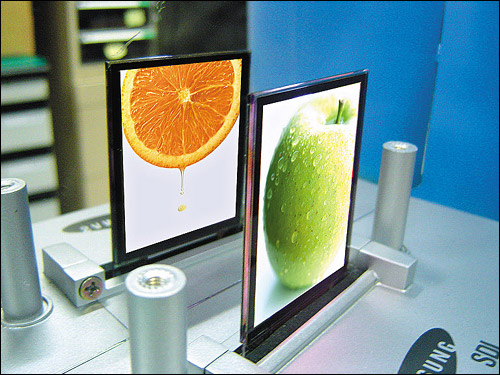 The iPad 2 hasn’t even been out a full 3 months yet, and speculation regarding the next iteration of Apple’s tablet has already begun. While we’ve heard rumors of a potential launch date and possible 3D technology, little else is known about the device.

Even though a new iPad isn’t expected for quite some time, it is an Apple product. Investors and tech heads alike want to know every detail possible about it and how it’s going to measure up to the competition.

The latest speculation regarding Apple’s next tablet comes from a report that Samsung will be demonstrating a new 10.1-inch display next week at Display Week 2011. The screen has a resolution of 2560 x 1600.

Not only is the display sporting 300 dots per inch (iPhone 4 has 326 dpi), it uses Samsung’s PenTile technology which allows it to consume 40% less power than its counterparts.

Why is Samsung’s new display connected with the next iPad? The Korean company has been providing components (including display panels) for Apple’s iDevices since their inception. Even if Apple doesn’t use this exact model, the fact that the technology is available is a testament in itself.

Expect to see something similar to this in the iPad 3, as Apple tries to keep up with the Jones’ in the tablet market. They couldn’t possibly try their 1024 x 768 again, which has quickly fallen to the back of the pack.