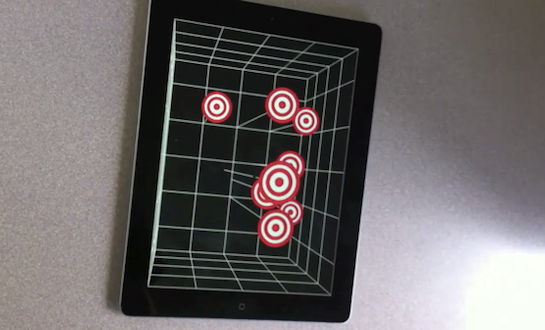 3D has been quite a popular technology lately. First we saw it in theaters, then it made its way into our homes. More recently, it’s been finding its way into our portable electronic devices.

The Nintendo 3DS led the way with their glasses-free 3D implementation. HTC has also been showing off their latest smartphones, capable of capturing and viewing in 3 dimensions. Heck, even RIM has been touting their PlayBook’s ability to output 3D graphics.

While Apple has yet to add 3D to any of their products, the rumor mill is certainly turning on the topic. RCR Wireless is reporting that they are hearing from a “Hollywood insider” that Apple’s next tablet is already in advanced planning stages, and very much 3D. The source is quoted by the website, saying:

She claims that major film studios are currently running around like “blue arsed flies” trying to get their 3D content in order, in time for the launch of Apple’s next tablet. Music industry insiders have been dropping tidbits about Apple’s future cloud service, so it’s no secret that folks in the entertainment business hear exclusive information from the Cupertino company.

If Apple is really going to include 3D technology in their next tablet, I hope it’s glasses-free via head-tracking technology. I personally don’t see why you’d want 3D graphics in your iPad, I’d rather see something closer to retina display.

I’ve also read rumors that Apple has been experimenting with layered E-Ink displays, you’d think that’d make more sense in a tablet than a 3D display(especially with Amazon building a tablet). I guess we’ll just have to wait and see what Steve Jobs and company have up their sleeves.