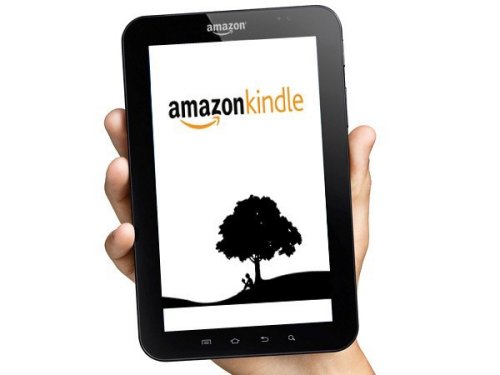 You might not have seen this one coming. Amazon has been a long-time competitor of Apple’s popular tablet, but never on even grounds. While Amazon was first to market with their Kindle device, Apple showed up with a product that was almost as portable and had way more functionality.

Amazon’s Kindle currently sits as a black and white, e-ink reading device. The different models don’t get more expensive than $200 bucks, with the Special Offers edition coming in at $114. Although Apple’s tablet contains a book store, the 2 devices don’t compete in any other features. The Kindle’s main function is to read books and the iPad can… (where do I start?)

DigiTimes reported yesterday that Amazon is ready to take on Apple’s popular slate with a full fledge Tablet PC all their own. According to their sources, Taiwan-based notebook maker Quanta Computer has recently received OEM orders from Amazon for an iPad 2 competitor.

Quanta Computer is currently the tablet OEM parter for RIM and their PlayBook, so they certainly have the means to produce a worthy iPad opponent. Upstream component makers expect Amazon’s mystery device to be available as early as the 2nd half of 2011 and initially ship between 700,000 and 800,00 units.

While the sources point out that Amazon’s Kindle is still selling strong, apparently the eBook reader isn’t too popular outside the U.S. and parts of Europe. They go on to say that Amazon is planning to cut the price of the Kindle to attract consumer demand, and then push a tablet out to meet the iPad 2 head on.

Since they will be arriving almost 2 years late to the party, Amazon better have something really special up their sleeves.

What do you think? Are you interested in an Amazon tablet?