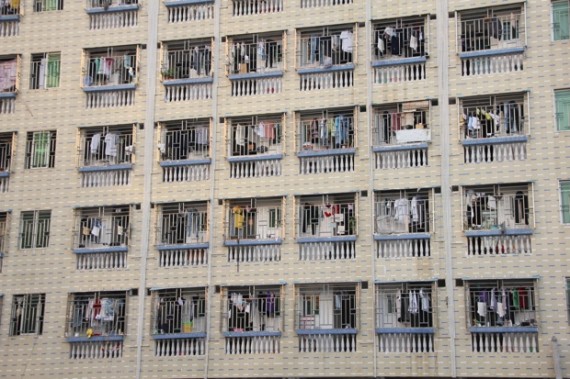 This is one of the saddest stories in Apple’s epic saga. They continue to do business with large manufacturing companies that just can’t figure out how to treat their employees. It seems like we are always hearing about employees of Apple’s suppliers being poisoned or working in insufferable conditions.

To be fair, Apple is one of largest electronic manufacturers in the world. That kind of notoriety would put a target on anyone’s back. But it is concerning that Apple still pays Foxconn money, even with the ongoing reports of their lack of compassion for their employee’s well-being…

We’ve done several posts on the giant parts manufacturer known as Foxconn. A majority of those stories have been on the alarming suicide rate and awful working conditions at their large factories in China.

Apple has responded to the suicides and other Foxconn issues by stating that they would increase regulatory checks and ensure the proper treatment of Foxconn workers.

Obviously, this has done little to impact the factory workers, as India Times is reporting today that their are still problems with the Chinese factories. A recent investigation of the 500,000 workers by the Center for Research on Multinational Corporations has yet again found appalling conditions in the Foxconn factories.

It seems putting bars on their bedroom windows wasn’t the only measure Foxconn implemented to combat the alarming rate of employee suicides. They also require their workers to sign a ‘no suicide’ pledge. Workers were even made to promise that if they did kill themselves, their families would only seek the legal minimum in damages.

The report also concludes that demand for Apple iPhone and iPad products is so high, that workers in China who assemble the devices are treated ‘inhumanly, like machines’ to keep up their high-volume output.

Another organization by the name of Sacom (Students and Scholars Against Corporate Misbehavior) was involved in the investigation. Leontien Aarnoudse is an official of Sacom, and made these comments on their findings:

“Conditions are harsh and they don’t have a social life. Their life is just working in a factory and that is it. They work excessive overtime for a salary they can hardly live on and are inhumanely treated.”

When is Apple going to step in and put a stop to this? I realize that these folks are given a job by the manufacturing company, but at what costs?

Not to sound too dramatic, but are Apple products destined to become blood diamonds?