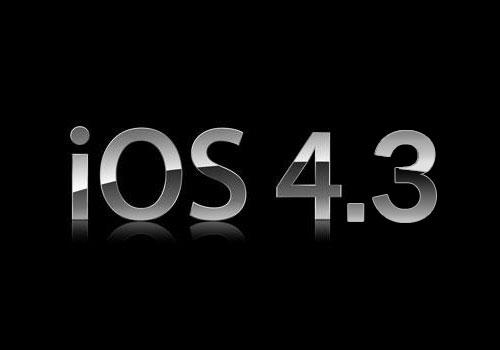 Due to a bug in the iPhone’s location database, Apple plans pushing an incremental update to iOS very soon. There’s no word on an official release date, but we should be seeing iOS 4.3.3 before the end of next month.

In its Q&A, Apple said that the next update to iOS would include,

In the next major iOS software release the cache will also be encrypted on the iPhone.

So, no major updates to speak of, but people that were concerned about the privacy issues related to this location-tracking issue will be able to rest easy.

There most likely won’t be any added features or enhancements to iOS until we see iOS 5 this summer.

In the meantime, jailbreakers make sure to save your blobs. An untethered jailbreak for iOS 4.3.2 was pushed out pretty quickly, and we suspect the same thing will happen if 4.3.3 comes out in the next couple weeks.

Is there anything in iOS that you want Apple to fix in the next update? Have you jailbroken 4.3.2 yet?