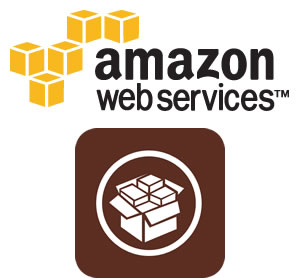 I think we can pretty much agree that Amazon’s EC2 cloud computing reputation has taken a severe hit over the last couple of days.

It’s now officially Saturday, and while a lot of the sites that were initially impacted by Amazon’s massive cloud computing outage are back up, there are still quite a few casualties out in the wild.

One such casualty hits particularly close to home for the jailbreak community, that of course being Cydia.

Cydia is still partially down as of me writing this, and there is no sure-fire ETA to look forward to… 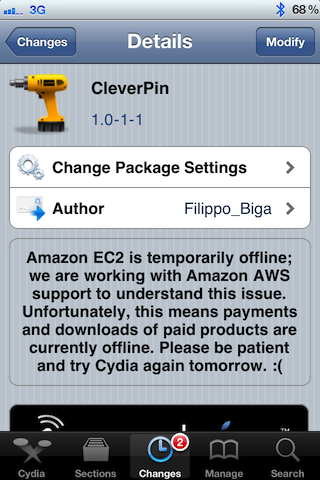 Say you wanted to buy a particularly tempting jailbreak app right this second? Well, we wish you the best with your endeavors.

That’s because purchasing continues to remain offline for Cydia. You can’t buy anything on the Cydia store because Amazon EC2 hosts the primary Cydia servers, including, yep, purchasing.

This is an unprecedented outage to a service that had a pretty good reputation beforehand. It’s proof that the cloud still has some kinks to work out. 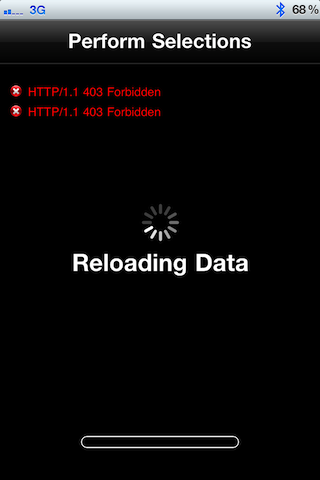 There is no shortage of opponents to cloud computing, and it looks like we’ll be seeing even more coming out of the woodwork due to Amazon’s apparent single point of failure(s).

If you’ve been eyeing a particular paid jailbreak tweak, you’re going to have to wait on that, but for how long? I’m not sure even Amazon knows the answer to that question.

What do you think about the vulnerabilities present with cloud computing, especially with Apple getting ready to launch their own cloud music service?

Also, have you noticed any other issues overall?