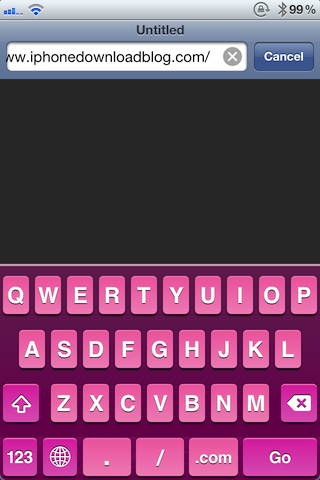 Color Keyboard is a recently released jailbreak tweak that potentially allows you to customize your iPhone’s keyboard using whatever color scheme you deem worthy.

I use the word potential, because it’s entirely up to you as to whether or not you’ll squeeze your money’s worth out of it.

The name — Color Keyboard — while technically true, might seem as if it’s a tad misleading, especially in the shadow of robust jailbreak tweaks like AlertArtist… 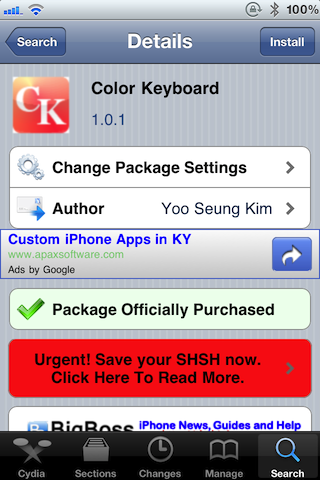 Once you drop the two dollars necessary to purchase the tweak, you’ll notice a new settings section placed in your Settings.app.

What lies within proved to be slightly disappointing for me, and most casual jailbreakers will likely feel the same.

Instead of utilizing sliders that allow you to adjust the characteristics of your iPhone’s keyboard, you’re left with a highly anemic selection of stock themes. 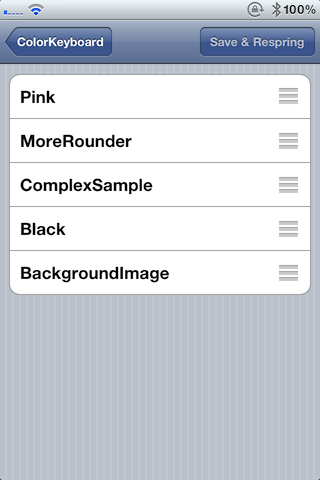 There are a total of five themes bundled in with Color Keyboard, and they are as follows: Black, Pink, MoreRounder, BackgroundImage, and Complex Sample.

You can probably figure out what most of those do by looking at their names. It’s pretty disappointing, because although the name of this tweak is Color Keyboard, there just isn’t much color to be found initially.

One thing I do like about it, though, is that not only can you change the colors of the keyboard but you can also alter it in a way that adjusts its characteristics; take button roundness for example. 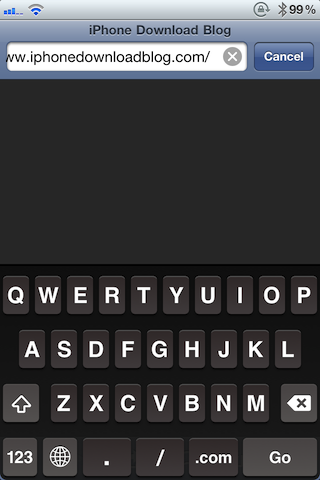 Even better, the themes can stack a la WinterBoard, so you can enable multiple themes at a time to come up with some really funky looks.

While that all sounds kosher, the only way to add additional themes is to pull up your sleeves, and dig into the tweak’s property list file with your favorite text editor. There you can alter a theme’s various properties, or create all new themes for yourself. 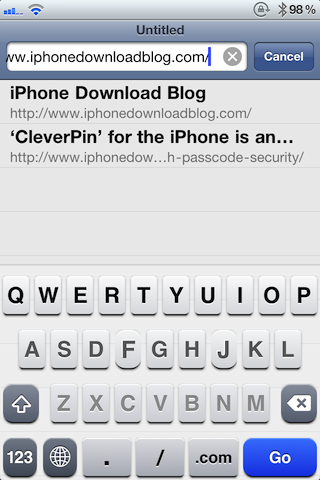 As you may have guessed, while the learning curve for this isn’t exactly rocket science, casual users will probably shy away from venturing to such depths.

There is a handy tutorial contained on the tweak’s page in Cydia, so if you’re interested feel free to have at it.

Is Color Keyboard worth the $1.99 investment? If you’re someone who likes to go digging around in code, then absolutely. 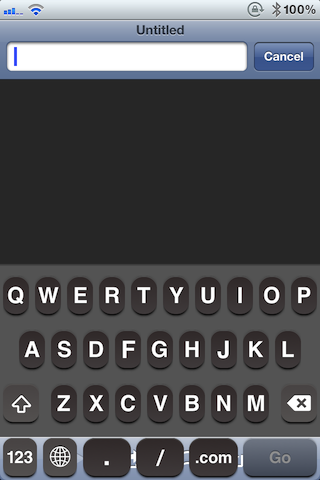 On the flipside, for those of us who prefer easy to use sliders to make customizations, Color Keyboard might seem like a waste of two perfectly good greenbacks.

What do you think? Have you tried Color Keyboard yet?