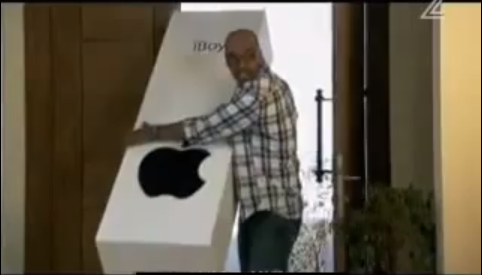 They’ve finally done it! After years of speculation, and months of anticipation, Apple has finally released the iBoy!

This video shows the complete unboxing of Apple’s latest iOS device, and believe it or not, it’s capable of doing a lot more than your iPhone 4.

Among other things, the iBoy can pout, cry, sing, laugh, and dance.

Okay, so it’s just a parody from an Israeli television show, but I found it to be quite humorous…

What do you think? Will you be ordering one?