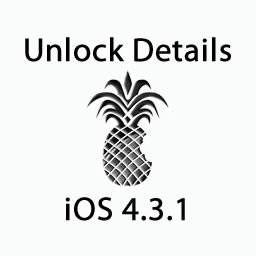 Just to preface this before anyone gets the wrong idea; there is still no new baseband unlock available.

Now that the formalities are out of the way, I think it’s safe to tell you that new details have been revealed about the existing baseband unlock and its compatibility with the soon to be released untethered jailbreak for iOS 4.3.1.

Depending on when the jailbreak is actually released, if you rely on an unlock, you may have to wait a while until a new version of UltraSn0w is released. This is due to some compatibility issues between iOS 4.3.1 and the current version of UltraSn0w.

Fortunately, you won’t have to wait long, as the latest tweets from members of the iPhone Dev Team confirm…

Once this new version of UltraSn0w is released, all compatibility issues will be fixed, and you will be able to install it and resume using your unlocked iPhone.

iPhone Dev Team member MuscleNerd confirmed that the new version of UltraSn0w should be out soon after the jailbreak is released into the wild.

Again, just for clarification purposes, this update to UltraSn0w will not allow those on new basebands to unlock. If you can’t unlock with the current version of UltraSn0w, you won’t be able to use this one to unlock.

This update is needed to enable UltraSn0w unlocking on iOS 4.3.1 for existing unlock eligible devices.