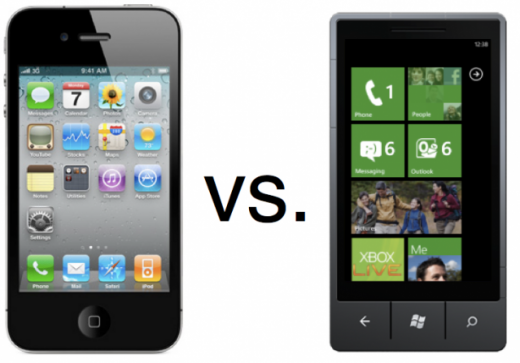 For those who didn’t know or can’t remember back that far, Microsoft was once a major player in the mobile platform game. It was one of the first mobile operating systems to feature a touch screen (although it required a stylus). The Palm Treo and multiple Windows Mobile handsets actually ruled the smartphone market for quite some time.

Then came innovations from companies like BlackBerry and Apple, and Windows Mobile’s aging design just couldn’t keep up. Last year, after almost a decade, Microsoft unveiled a completely new mobile OS to the world.

Although their initial launch was hindered by bad memories of the old, buggy Windows Mobile software, things are certainly looking brighter for Microsoft’s Windows Phone 7….

It’s not a huge catalog of apps or a multitude of features that gives Windows Phone 7 such a shiny outlook. No, it’s the blockbuster deal they just made with overseas mobile phone powerhouse Nokia.

It’s this partnership that’s fueling IDC, a market research firm, that claims Windows Phone 7 will be the number 2 mobile OS by 2015 (behind Google’s Android). They believe that with Nokia’s hardware capabilities and carrier relationships, Windows Phone 7 will end up in the hands of more users than the iPhone in the next 4 years.

These are pretty bold claims, considering how much of a jump both Apple and Google already have in the smartphone industry. Apple’s iOS is coming up on its fourth year of existence, with over 300,000 apps in its App Store. Windows Phone 7 hasn’t even passed the phase of pushing out copy/paste functionality in a firmware update. 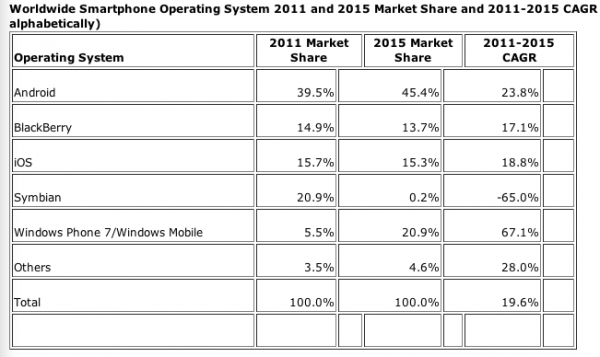 IDC analysts are banking on Nokia’s extensive reach in Europe and the huge Asian markets, like China, to push Windows Phone 7 to the top. As you can see from the graph above, they predict that by 2015 Windows Phone 7 will control 20% of the smartphone OS market share.

They also predict iOS to plateau at 15%. I don’t see Steve Jobs settling for that.

What do you think, will Windows Phone 7 overtake the iPhone in market share?