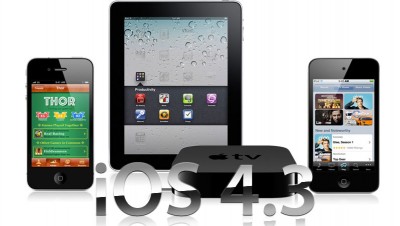 The folks over at Boy Genius Report have just received word that Apple’s next iOS release is coming within the next two weeks.

According to BGR’s sources, iOS 4.3.1 will contain several minor bug fixes, including a patch to the iPad 2 jailbreak vulnerability and baseband updates to the iPhone 3GS and iPad…

Additionally, it seems Apple is also going to update the baseband for the iPhone 3GS and original iPad, which most likely means they’re going to patch that iPad baseband unlock iPhone 3GS owners have been enjoying for so long.

As always, make sure to stay clear of this new iOS update once it becomes available!

Leave your thoughts in the comments!