Late last week, we saw our first iOS 4.3 jailbreak shown off on video by iPhone hacker @i0n1c, which claimed it to be in the “Alpha stage”.

And now, famous iPhone hacker, @Comex has found another exploit in iOS 4.3, being the very first to jailbreak the new iPad 2 with the updated bootROM. In addition to announcing it on his own Twitter account, the official @iphone_dev account has also announced Comex’s huge accomplishment.

@comex: would’ve had it yesterday if I didn’t have to spend 1.5 days looking for a replacement exploit (which came from a most unexpected place…)

@iphone_dev: Congrats to @comex for jailbreaking yet another brand new device (iPad2) while 2500 miles away from it! 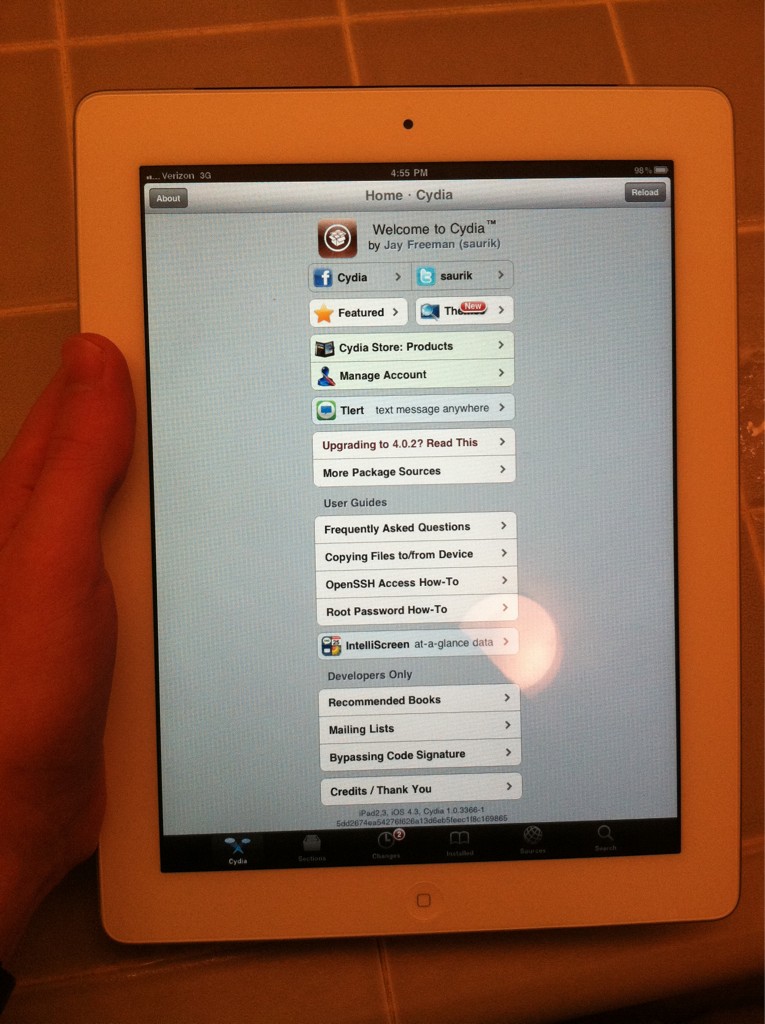 We’ll keep you updated when we hear more on the jailbreak!