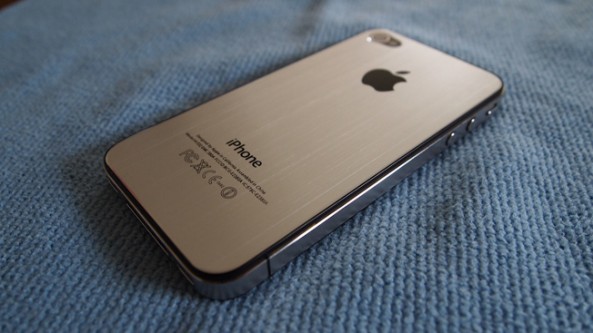 A report claims that iPhone 5 prototypes have been spotted at Foxconn, and new intel confirms that the device will have a very similar design to the iPhone 4. Although the form between the two devices will remain similar, there should be two major design changes to set the iPhone 5 apart from its predecessor.

We’ve already heard that there will be a larger display, and a new rumor claims that the iPhone will have a metal back. This isn’t the first time we’ve heard about Apple ditching the easily-breakable glass of the iPhone 4 for something more durable…

“A source from Foxconn who we believe to be reliable has provided us with some information about Apple’s fifth-generation iPhone. Most of the information lines up with past reports but we have also learned a few new details. Most notably is that the iPhone 5 has already been seen at Foxconn and is soon going into the normal mass production stages. In terms of design, the iPhone 5 is said to look fairly similar to the iPhone 4 except for two very important differences: materials and screen size.

The iPhone 5 will keep a relatively similar size and shape as the iPhone 4 but Apple has decided to move away from the back-glass enclosure found on the fourth-generation device and move to something similar to the back of the first-generation iPhone from 2007. Although some reports claim the iPhone 5 will adopt a curved metal back, our source says models have been floating around with a flat metal back. The material of this metal is unspecified.” 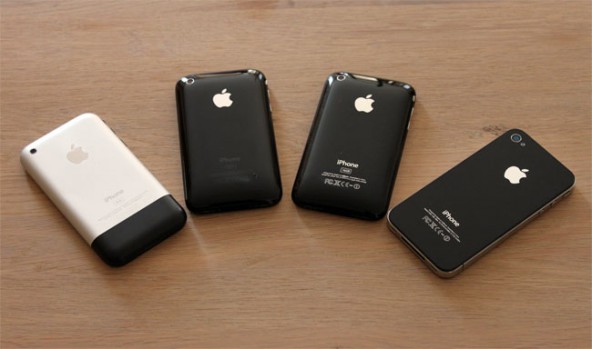 The original iPhone had an aluminum back, then Apple moved to plastic for the 3G and 3GS, and finally glass for the iPhone 4. Since the glass back didn’t bode well for the iPhone 4’s resilience, Apple is considering using a more sturdy material for the iPhone 5.

9to5 Mac does say that production for the iPhone 5 is ramping up, which makes sense for an announcement at WWDC this June. This report does hint at liquid metal instead of aluminum, but it makes more sense for Apple to keep unifying their overall product design with an aluminum material.

Another rumor from a different source recently claimed that a major change in the iPhone 5’s design would include an aluminum back identical to the iPad and MacBook’s. It was also said that Apple is considering building the iPhone 5’s antenna inside the Apple logo in the center of the back panel.

Personally, I’m all for a metal/aluminum-backed iPhone 5. While the glass back of the iPhone 4 does look good, there are durability concerns with a material that can shatter easily.

What do you think about Apple bringing back the metal iPhone? Would you prefer a curved aluminum, or a flat liquid metal material?

[Note: Image is of a third-party slider case for the iPhone 4, not an image of the iPhone 5.]