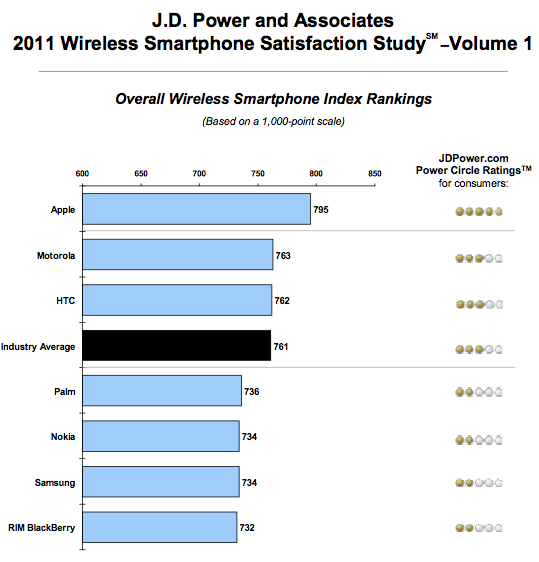 For the 5th time in a row, Apple is ranking #1 in a customer satisfaction survey conducted by JD Power. The iPhone scored 795 out of 1,000 points, which is slightly lower than the 800 points it had scored in the same survey a few months ago.

Closely followed by Motorola (763) and HTC (762), the iPhone performs particularly well in ease of operation, operating system, features and physical design. This score is obviously not a surprise to anyone who owns an iPhone…

Palm, Nokia, Samsung, and BlackBerry scored below the industry average, which makes me want to point my finger at them and say “ha ha”.