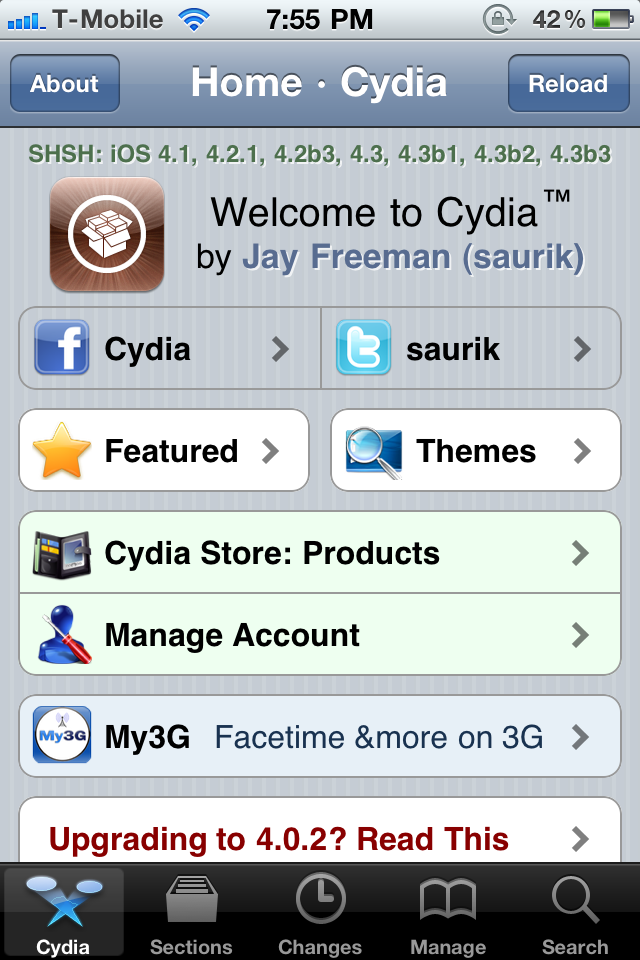 If you’ve launched Cydia today, you’ll notice that it is now showing your SHSH blob for iOS 4.3 official and beta builds (if you saved them).

Although it is already too late to save your iOS 4.2.1 SHSH blobs, if Cydia isn’t showing you’ve saved your iOS 4.3 SHSH blobs, you may want to fire up TinyUmbrella and save them while you still can. As we’ve stated before, saving your SHSH blobs can come in handy for future jailbreaks, such as Jailbreak Monte. They are also necessary when you try to downgrade your iPhone to a previous iOS version that Apple is no longer signing.

With the iPhone 4 Safari exploit revealed at the Pwn2Own contest last week, it’s only a matter of time until Apple starts rolling out iOS 4.3.1 to patch the exploit.