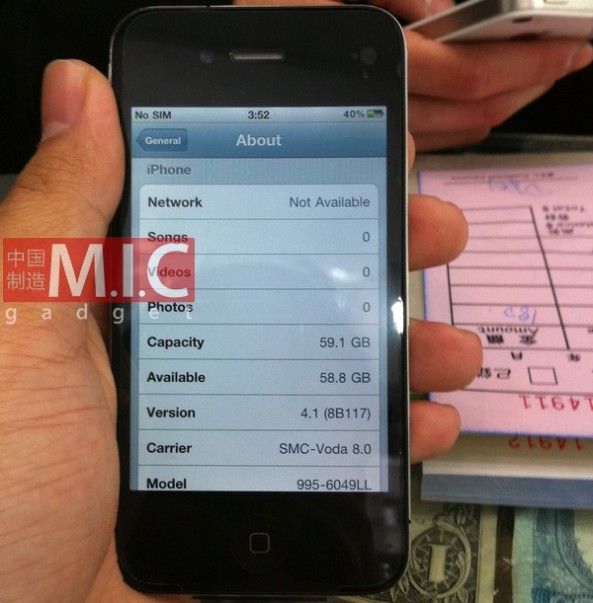 A couple of days ago we reported on a story revolving around a mysterious 64GB iPhone 4 that seemed to have sprung out of nowhere.

Initial reports around the web indicated that the device was being sold on the grey markets in China.

Now a bit of clarification has been added to the mix, as it appears that this iPhone 4 is one of maybe a few prototypes that “leaked” out of Foxconn facilities.

As you can see, the iPhone 4 definitely reeks of being a prototype. Notice that the + and – signs on the volume keys are nowhere to be found.

This device looks eerily similar to the iPhone 4 that Gizmodo acquired last year from a guy that left his prototype iPhone 4 lying helplessly in a bar.

Another point of note is that the silver ring that surrounds the camera lens in production iPhone 4’s is missing as well. That too is a feature identical to the iPhone 4 shown off by Gizmodo. 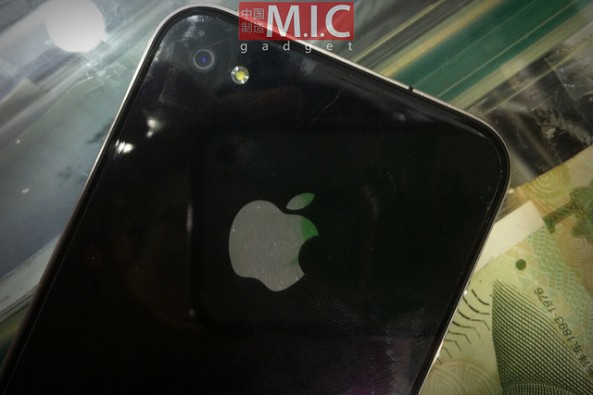 Judging from the similarities, I’m going to go on the limb as call this a pre-production iPhone 4 that just happened to find its way outside of Foxconn’s walls. I highly doubt we’ll ever see an iPhone 4 with 64GB of storage, but it’s definitely possible for the iPhone 5.

The good news is that Apple is indeed testing such storage capabilities, so at least they are contemplating it.