Today, Apple announced the next generation of the iPad. The iPad 2 is the next stage in Apple’s tablet evolution, and the device boasts a significant redesign from its predecessor.

There’s a lot that’s new about the iPad 2. It’s thinner, lighter, and 2x faster than the original iPad. It also borrows elements from the iPhone 4, including dual cameras for FaceTime. 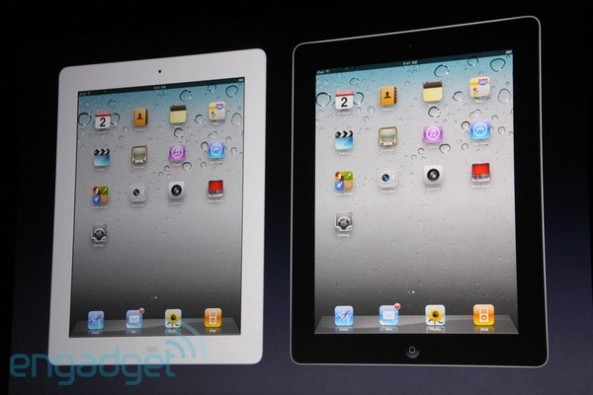 Before you go into anaphylactic shock, yes, the iPad 2 is also available in white. The white iPad 2 will be available for purchase from day one. (Unlike the white iPhone 4, which still isn’t available.)

Pricing is staying the same from the original iPad. You won’t have to wait that long to get your hands on this sexy device. Walk into an Apple store next Friday after 5 PM to pick one up. (Or you can just order online.)

The iPad 2 has dual cameras for FaceTime video chat, iMovie and PhotoBooth.

Inside, the iPad 2 uses Apple’s blazing fast A5 chip to deliver up to 9x faster graphics performance. Battery life hasn’t suffered either; the iPad 2 boasts 10 hours of battery life. 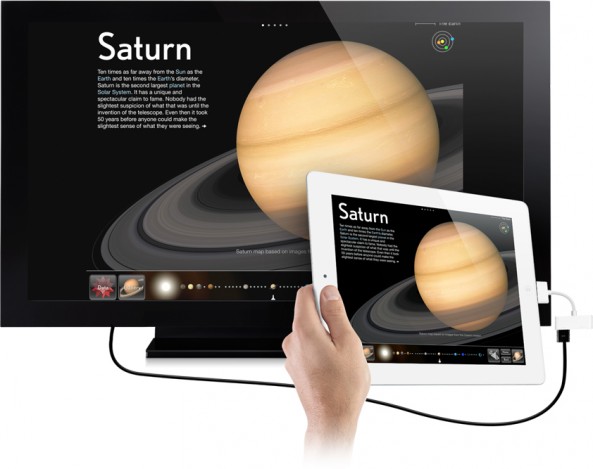 The iPad 2 will also allow for HD mirroring to an external monitor with Apple’s new HDMI adapter. In the past, users have had to jailbreak their iDevice for screen mirroring.

You can read up on all of the iPad 2’s tech specs here. 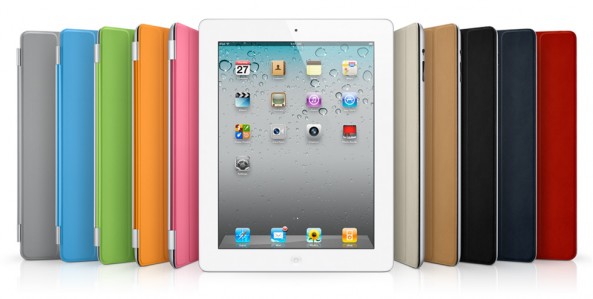 Apple designed a new Smart Cover for the iPad 2. The design works with a magnetic strip in the iPad that wakes the device to and from sleep when the cover is used. The Smart Cover looks amazing, and the choice of color and material for the screen cover are extensive.

In conjunction with next Friday’s iPad 2 launch, Apple will be releasing iOS 4.3 for all GSM-based iDevices on March 11th. Apple made it clear that 4.3 would only be coming to the GSM iPhone, so Verizon users will have to wait a little longer. (I foresee a pattern here.)

Read our iOS 4.3 article to learn more about Apple’s 4.3 announcement.

Joshua Topolsky of Engadget has posted a hands-on video of the iPad 2:

Engadget also has a great photo gallery of the iPad 2 from Apple’s demo room at today’s event.

We realize that iDB doesn’t usually cover things that aren’t related to the iPhone, but the iPad 2 is just too cool to not mention.

Will you be buying an iPad 2? Let us know what you think of Apple’s new tablet in the comments!