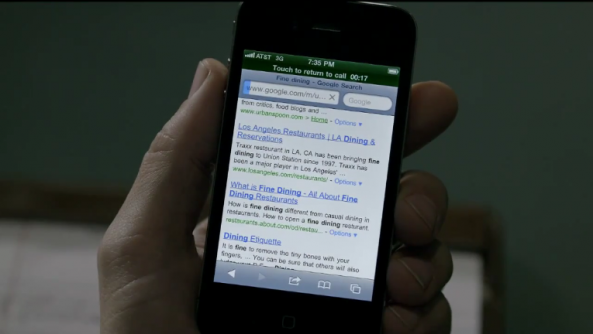 And you thought the Mac v.s. PC ads were heated. It looks like Verizon and AT&T are prepared to sling mud now that AT&T is not the only carrier claiming the iPhone as its flagship device.

The finger pointing started when AT&T sent out an email to its customers with the subject line, “Feel free to make a call while reading this email.” This jab was aimed directly at Verizon, who’s CDMA network does not currently allow voice and data at the same time.

Big Red then struck back at AT&T with a poignant and witty commercial featuring the Verizon “Can you hear me now?” guy. AT&T has now retaliated with its own Verizon-aimed commercial…

AT&T’s ad is simply called, “Answer.” It’s definitely effective at stating its point. AT&T lets you use voice and data on the iPhone at the same time, and sometimes that has its advantages.

I’m sure that this is only the first string of dueling carrier commercials over the iPhone. The iPhone has always been a hot product, and both carriers will do whatever they can to steal attention from each other.

What do you think about AT&T’s commercial? Are you excited to see more witty commercials from both carriers? I’m thinking that these could start getting really good.