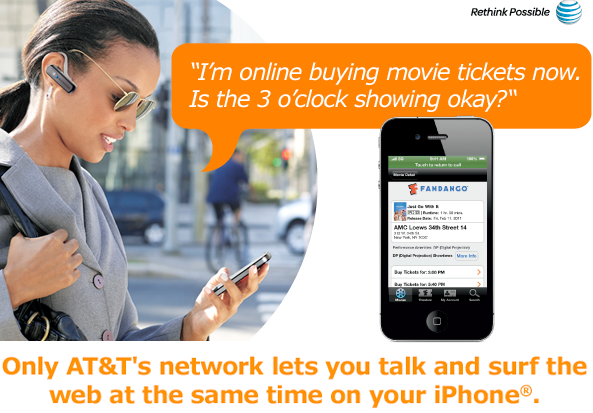 Yeah, it’s on. Let the cat fight begin! Now that Verizon is getting the iPhone, Apple is trying to downplay the differences between the 2 carriers with sweet commercials reminding us that the network doesn’t matter. But because Apple is playing nice doesn’t mean the 2 carriers have to play nice.

Today AT&T sent emails to some of their customers with the subject line “Feel free to make a call while reading this email”. The email goes on saying that “only AT&T’s network lets you talk and surf the web at the same time on your iPhone”…

This is clearly an attack at Verizon whose CDMA iPhone will not allow you to be on a call while surfing the internet. While this is a minor issue, especially for those who are already on Verizon and used to this, it is yet another angle AT&T can exploit to softly mock Verizon.

I’m sure there is more to come. From both sides.

[Thanks @LewisBeyda for the tip]