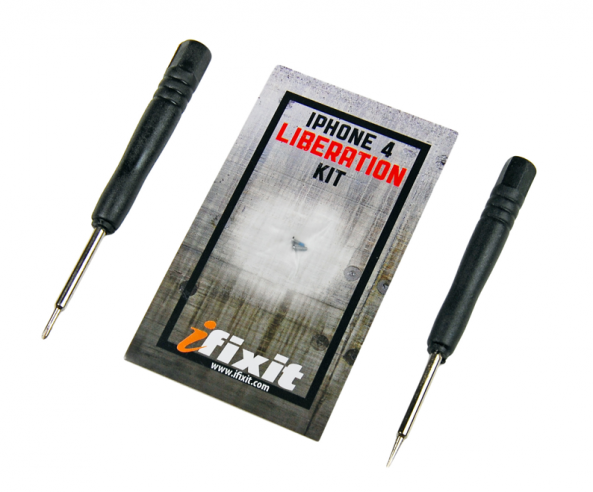 It’s clear that Apple doesn’t want folks fooling around with their iPhone’s physical hardware, as the recently dubbed ‘Pentalobular’ screws that may rest on the bottom of your iPhone 4 prove.

Recently, Apple has switched over to an all-new screw set for the iPhone 4, similar to the screws that grace the battery covers of the older MacBook Pros, and current MacBook Air.

If you’ve owned an iPhone 4 for quite some time, then chances are you still have the normal Phillips screw set, but if you’ve just stepped into the game, you might want to give this a read…

Apple has adopted the dastardly practice of replacing the normal Phillips screws with these crazy looking, and crazy named Pentalobular screws. Considering that there’s currently no existing Pentalobular driver available on the market, this effectively prevents end-users from servicing their own device; a device you own.

Needless to say, this is quite the controversial revelation, and doesn’t paint Apple in a favorable light. Fortunately, the folks over at iFixit have a relatively low priced solution in the form of its hilariously named ‘iPhone 4 Liberation Kit.’

The kit includes a driver capable of handling the unique screw set, along with two replacement Phillips screws, and a Philips driver. iFixit notes that due to the nature of Apple’s proprietary screws, they can suffer from stripping and other issues, hence the reason for the replacement screws.

Another interesting point of note is that if you take your iPhone in for service, the Geniuses have been instructed to replace the Philips screws with these new tamper resistant varieties. I haven’t seen this in action myself, but if true, it’s quite audacious.

Chances are you won’t be cracking open your iPhone case anytime soon, but if you need to do so, iFixit’s iPhone 4 Liberation Kit can be purchased for $9.95 on their website.

How do you feel about Apple’s new screws?